In June, MP interviewed LEGO Master Model Builder, Ian Coffey. We discussed his visit to Portland and how he landed his incredibly fun job at LEGOLAND® Discovery Center in Boston. 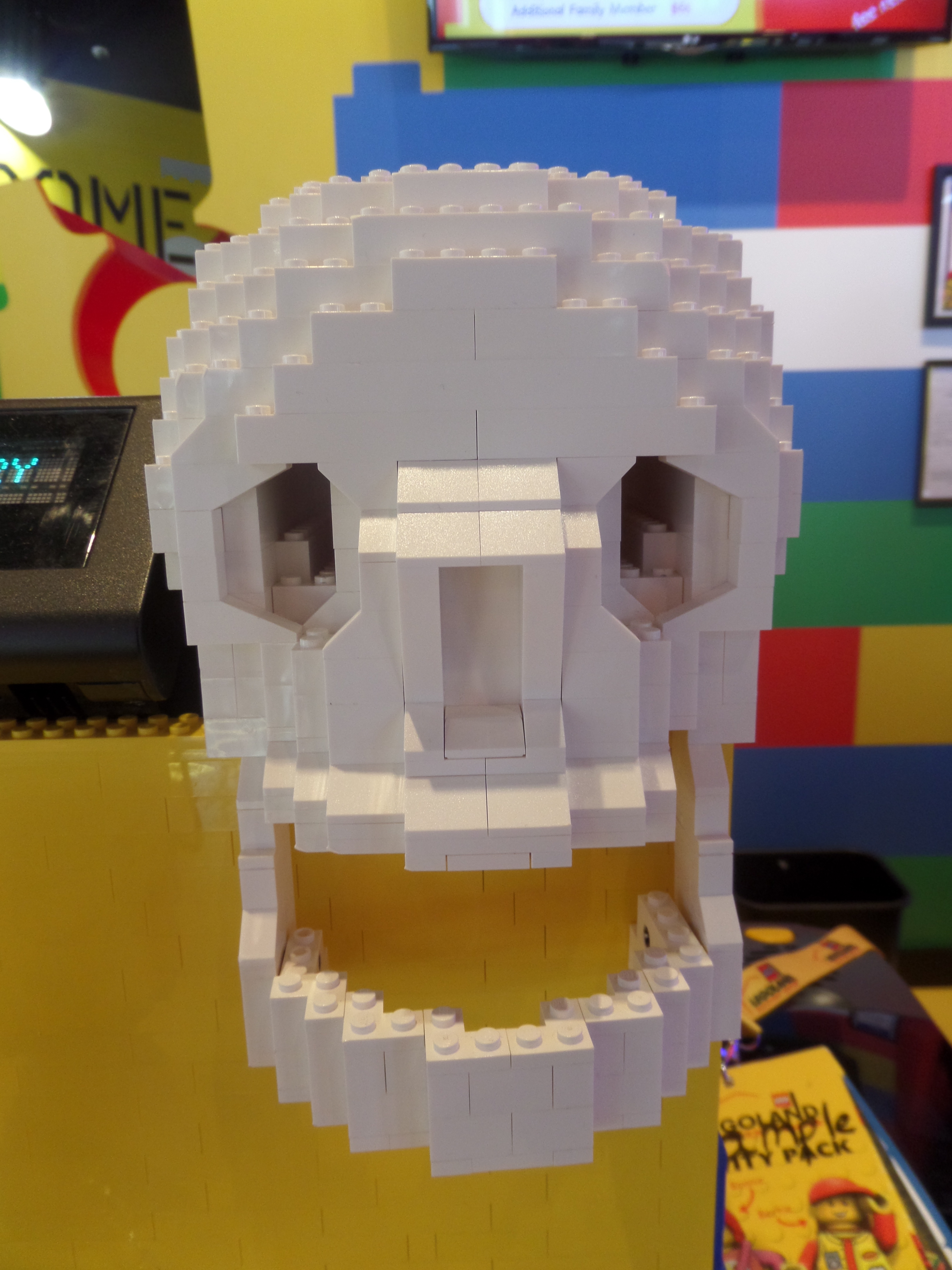 After chatting with Ian, our team was curious to check out LEGOLAND® Discovery Center for ourselves. We decided on the weekend before Halloween, so we could experience the new location’s Brick-or-Treat activities, which included a LEGO® pumpkin hunt and building some Halloween-themed creations. 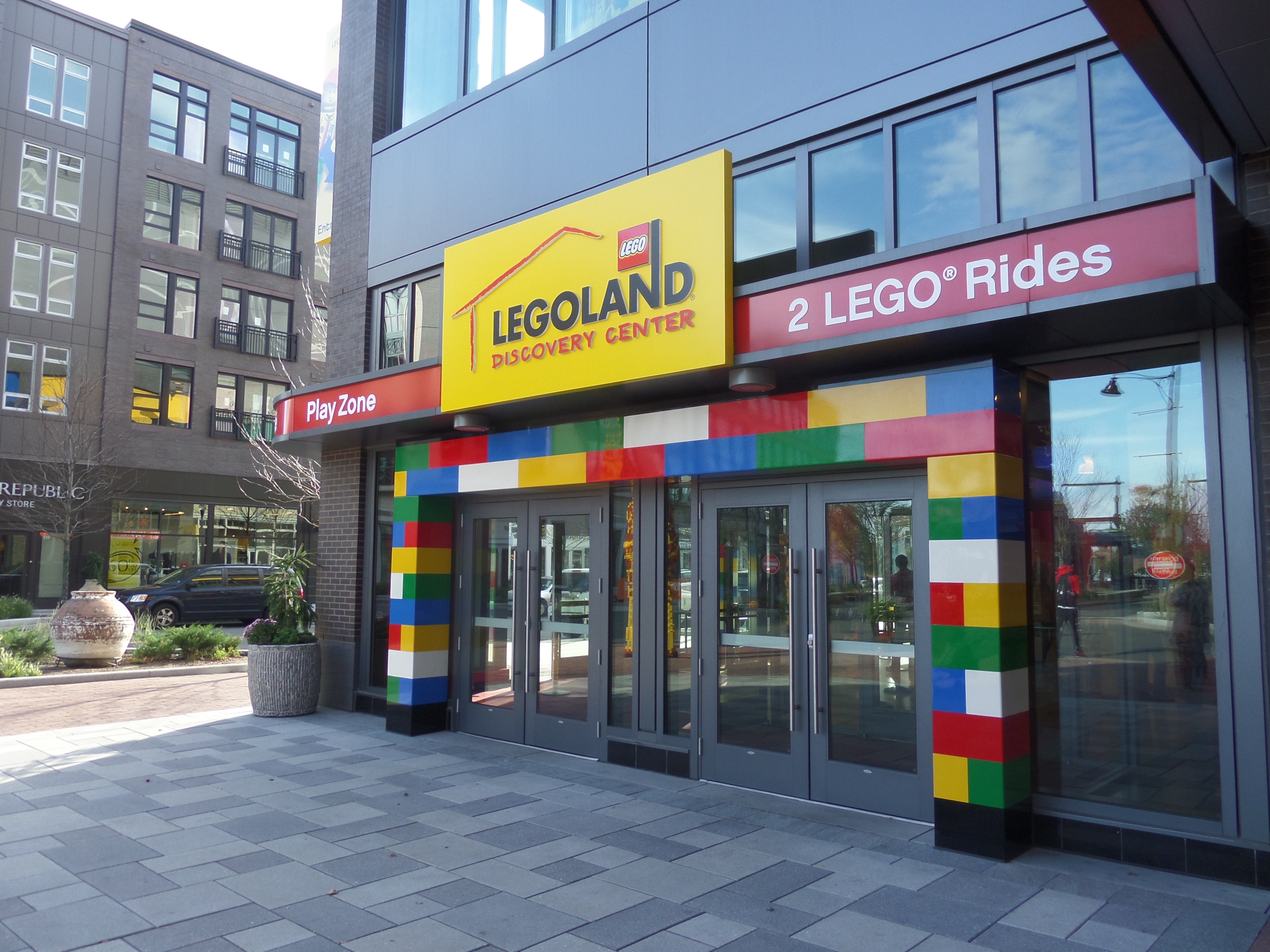 LEGOLAND® Discovery Center is located in a new, outdoor shopping center called Assembly Row in Somerville. Assembly Row is still under construction, but there are several shops and restaurants open if you choose to stay after your visit. 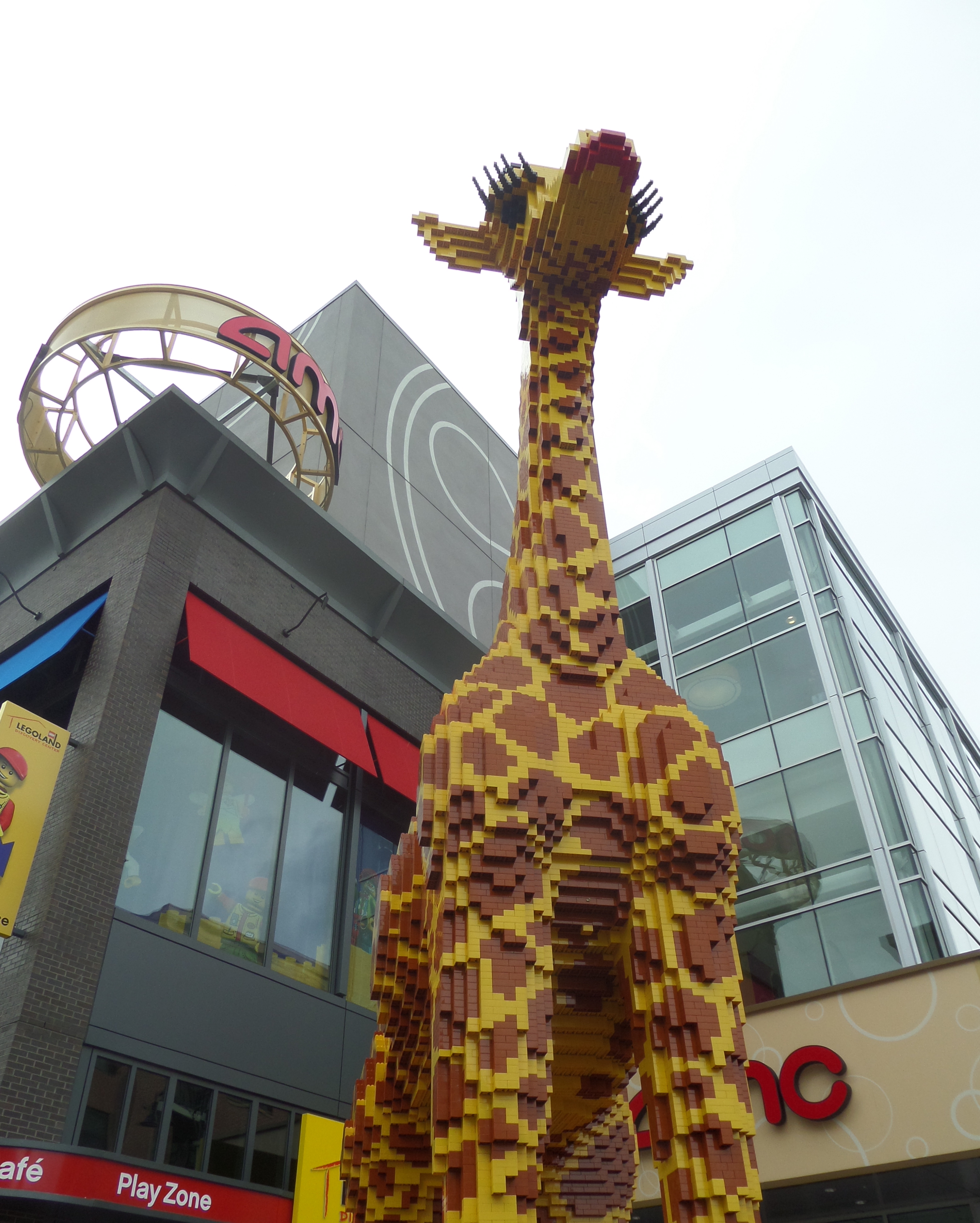 We arrived at 10 a.m., when the center opens, to beat the crowds (note: you can also order tickets online to save time). And hurrah! We found a free parking garage conveniently located near the entrance to the attraction. The kids left the car with a few mini-figures from home, so they could trade with the staff throughout the morning. 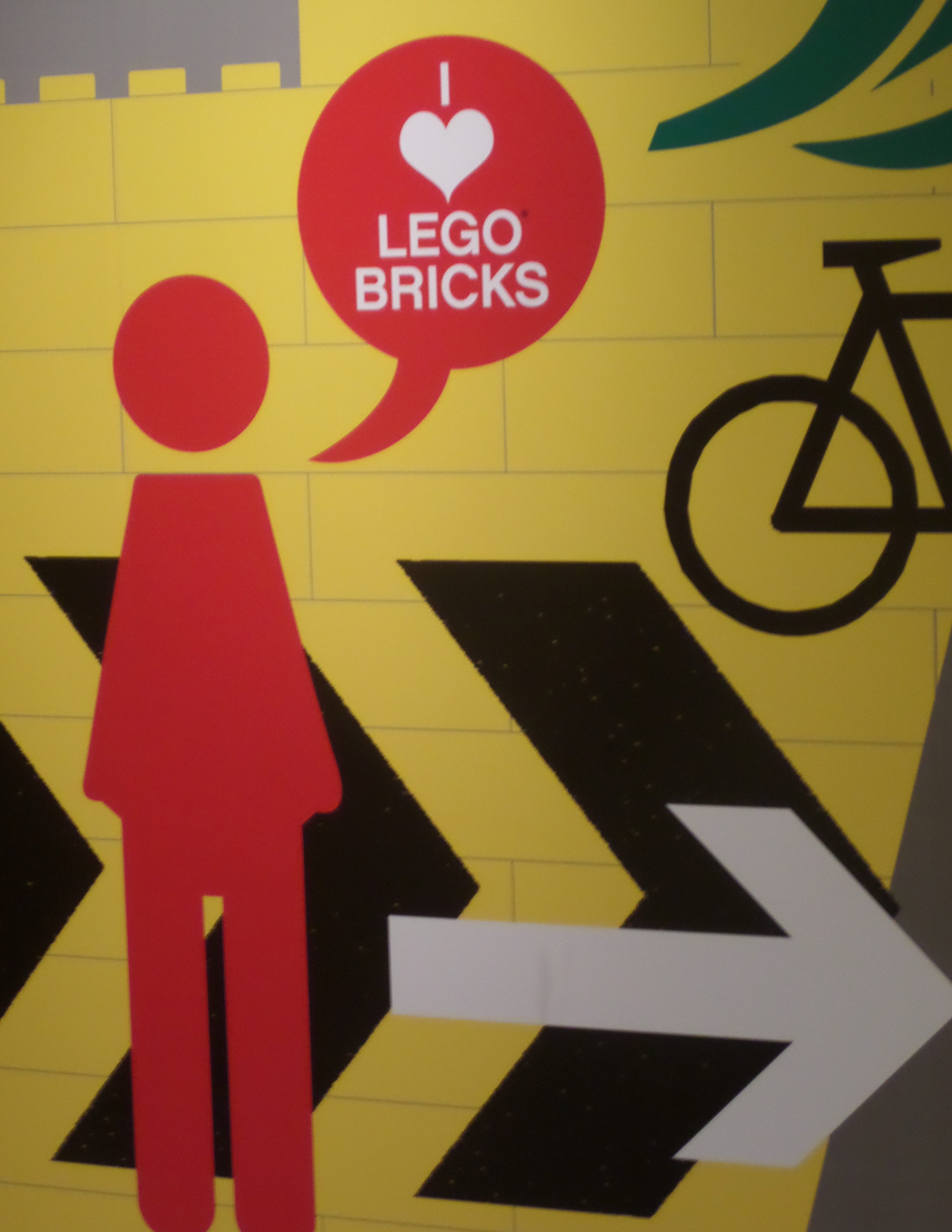 After checking in, we took an elevator to the second floor. The kids were given a golden brick that read, “Brick or Treat” as a welcome souvenir. Then we were all invited to create a virtual mini figure of our own on a big screen. Once our project was complete, we boarded the Kingdom Quest Laser Ride, where we targeted trolls and skeletons to rescue the LEGO kingdom.

The ride was fun, but all of us were really looking forward to checking out Miniland®, which features some of Boston’s best-known buildings and places to visit. MP especially loved the Miniland® version of Gilette Stadium, complete with crowd noise and a big screen. 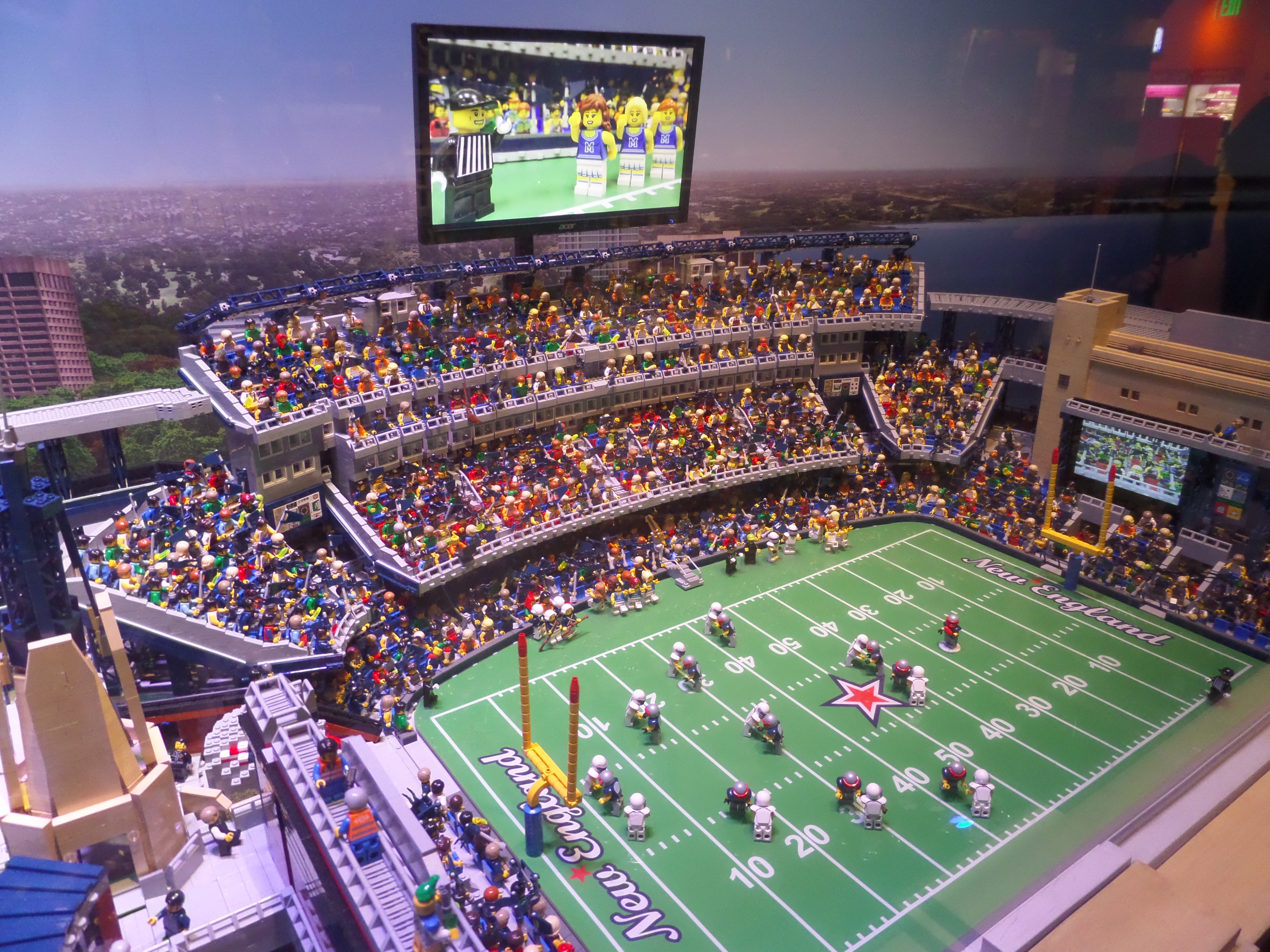 While MP lingered to take photos, the rest of the team went to explore the main play area. CP#2 went right for the Earthquake Tables, where kids can build a tower from DUPLO® Bricks and then test their structure’s ability to stay standing. CP#1, who can’t sit still, found her way to the LEGO® City Play Zone, where she discovered giant, foam LEGO bricks and lots of cool climbing structures. 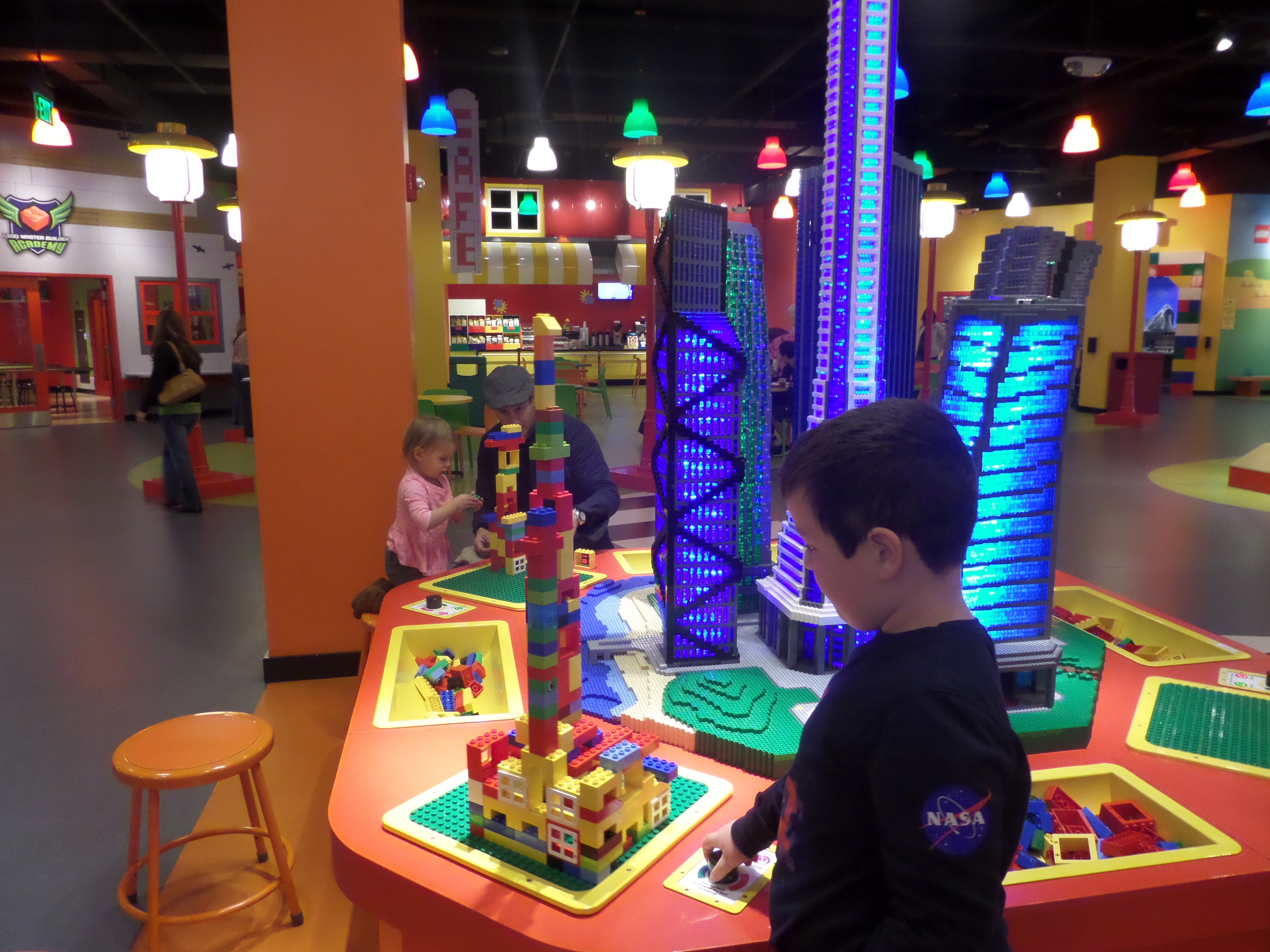 DP noticed a 4D movie (3D plus wind, snow, and other cool effects) called “LEGO® Racers” was playing, so we all filed in to take a break from the action and watch the short film. Later we would return to see the “Clutch Powers” movie, too.

The highlight of the visit for all of us was building our own pumpkins, witches and crazy robots in the LEGO® Model Builder Academy. This room offers buckets of colorful bricks, plus shelves of cool creations made by Ian and friends. Free from the distractions of home, MP and DP had so much fun building with the kids. 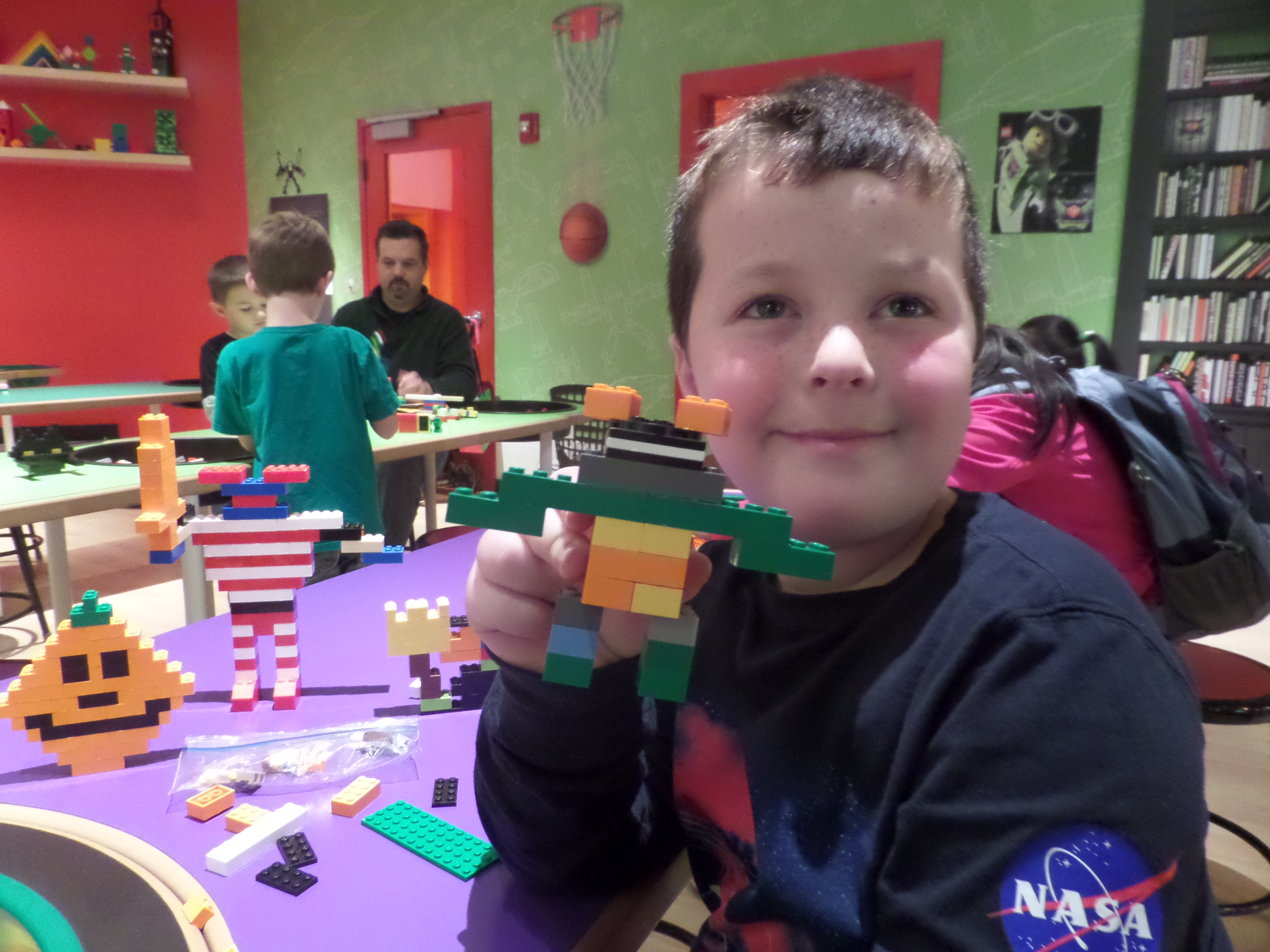 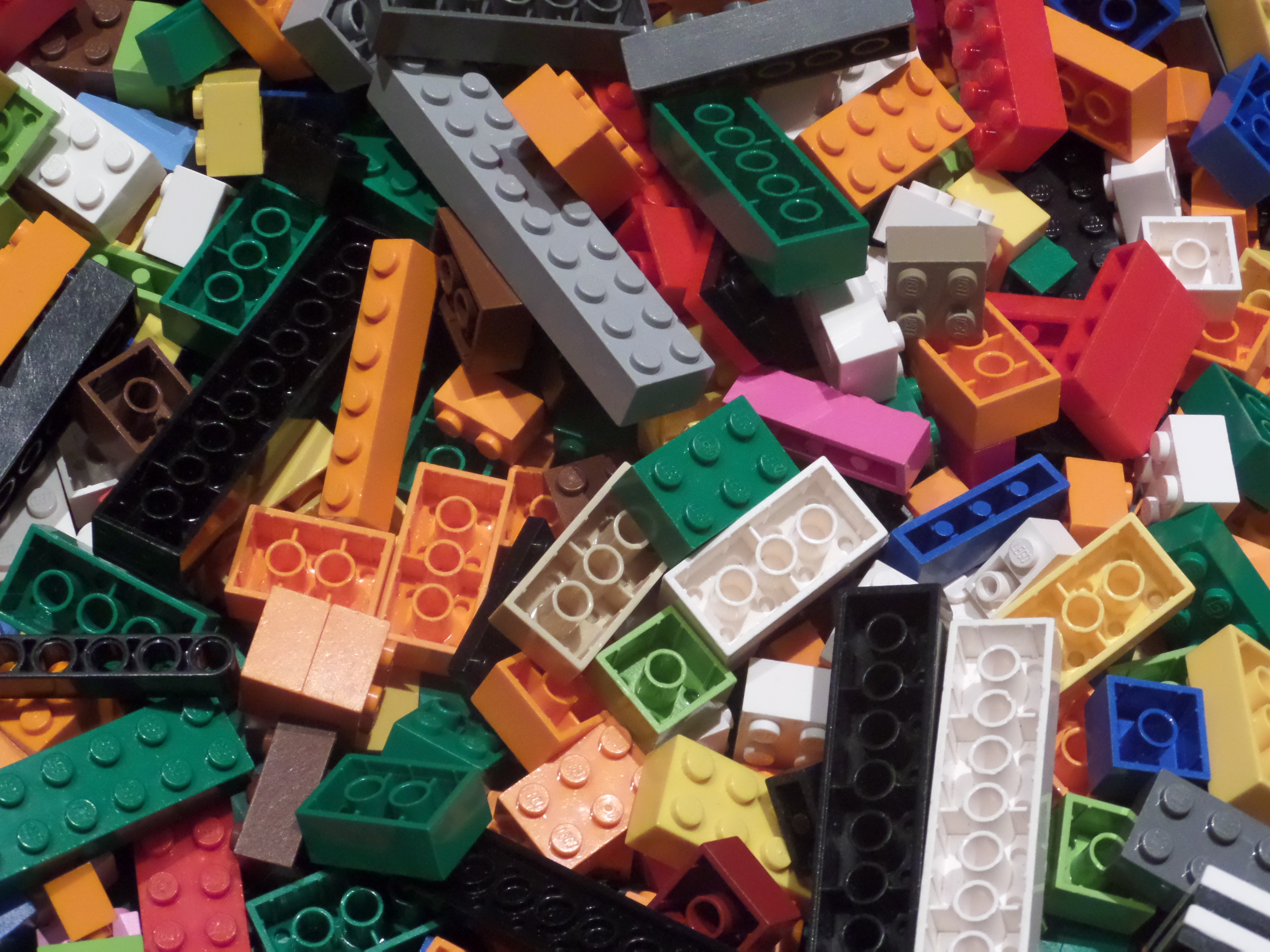 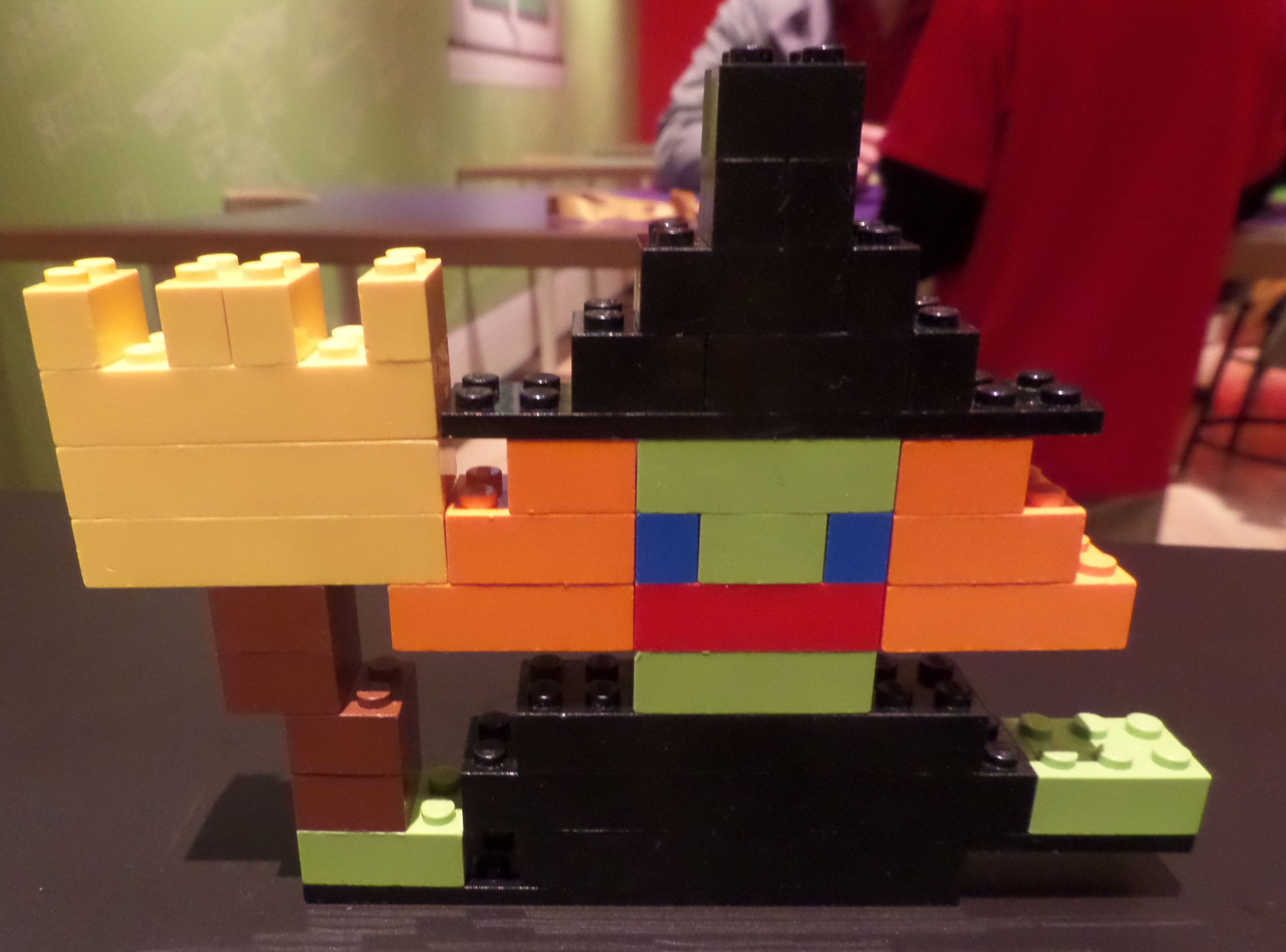 While the boys kept building, CP#1 and MP hopped on Merlin’s Apprentice Ride, where riders pedal fast to keep their carts flying in the air. While we were soaring above the play area, MP finally spotted a mini pumpkin in the rafters. 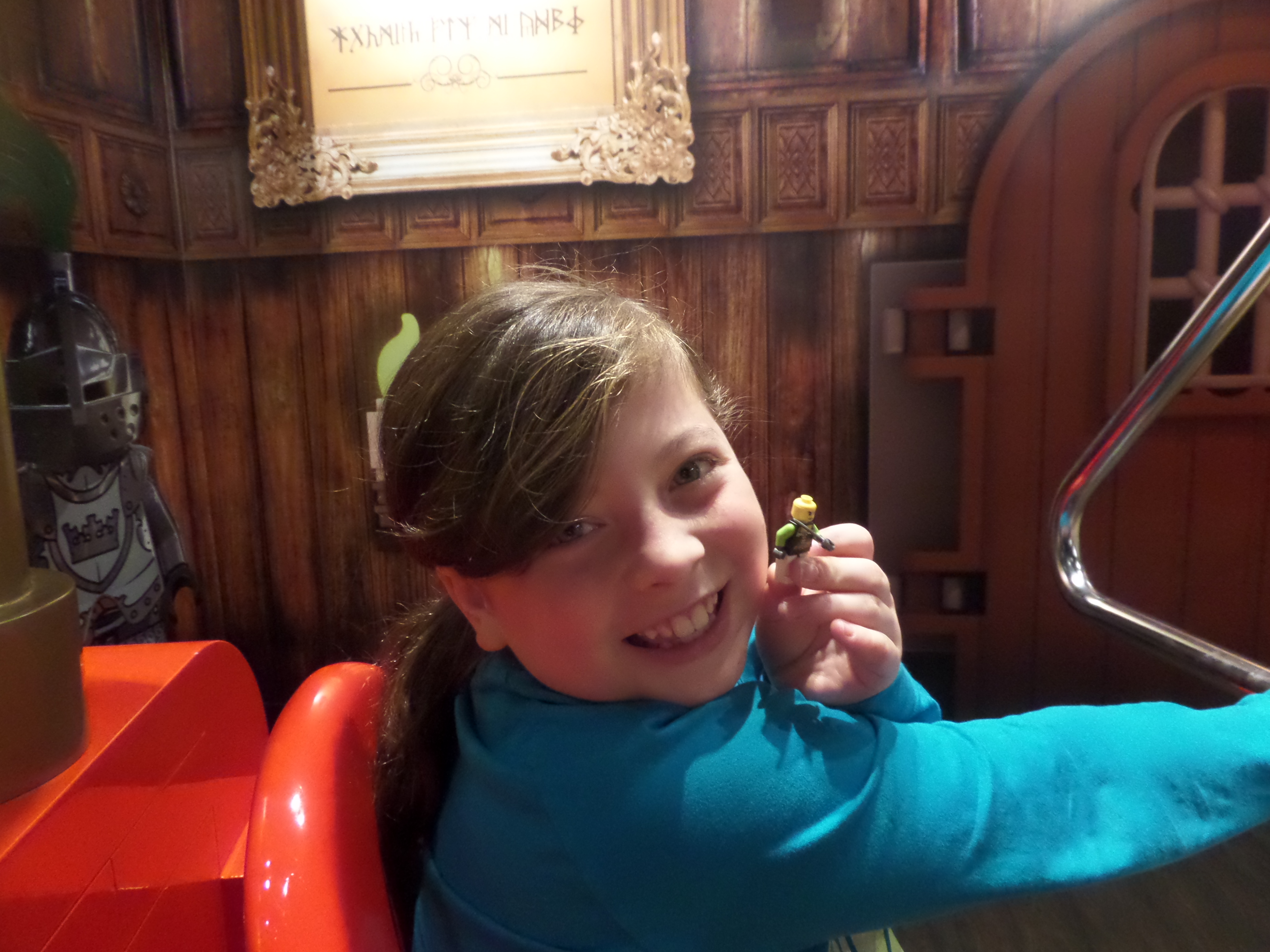 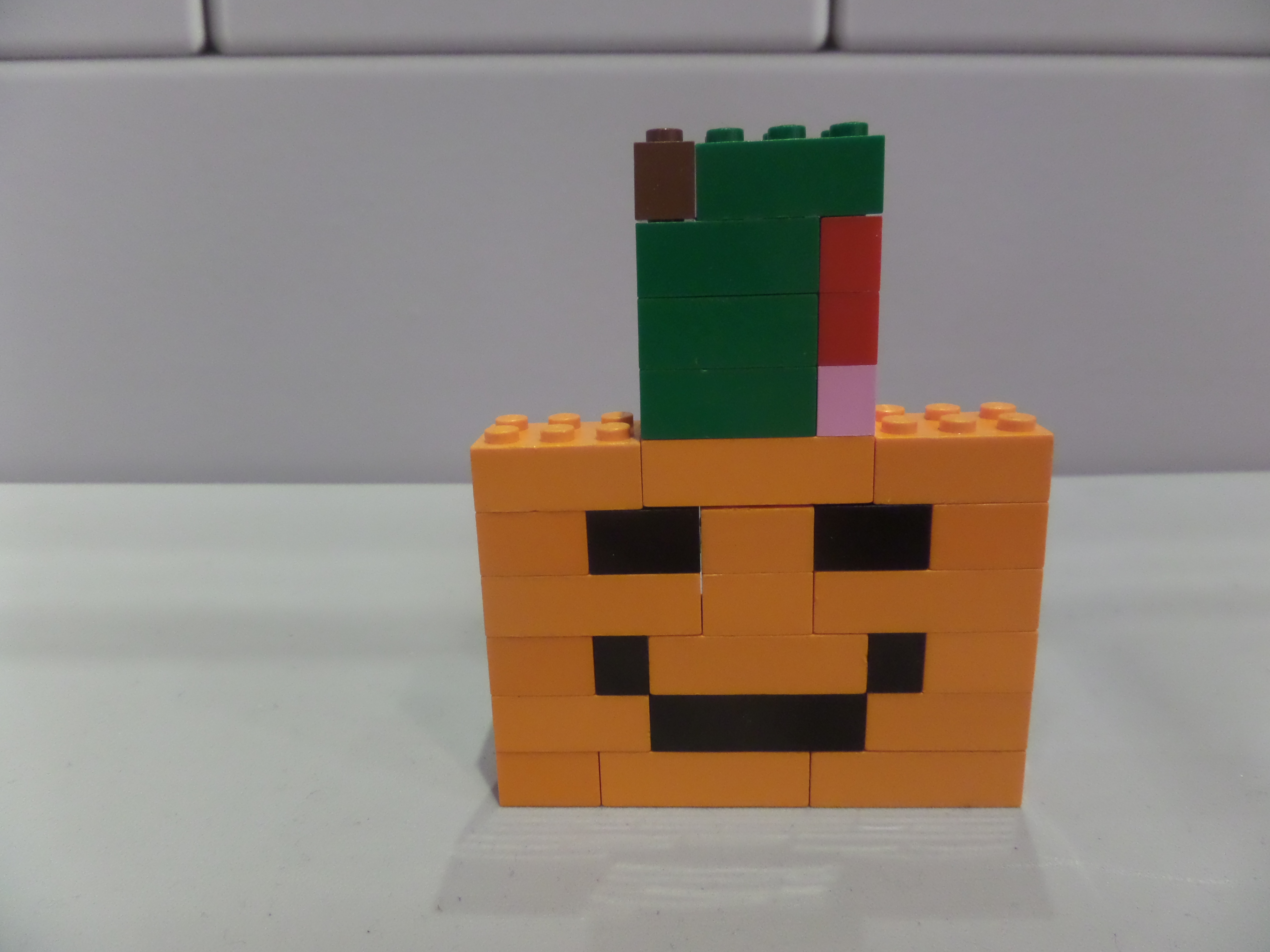 There are two locations for little ones, which includes a LEGO® Friends house and a LEGO® DUPLO® Farm. Truth be told, these attractions need a little more in the offering, but CP#1 did love the karaoke that’s tucked in a corner of the LEGO® Friends house. CP#2 and DP eventually joined us, and they had a great time singing karaoke, too. 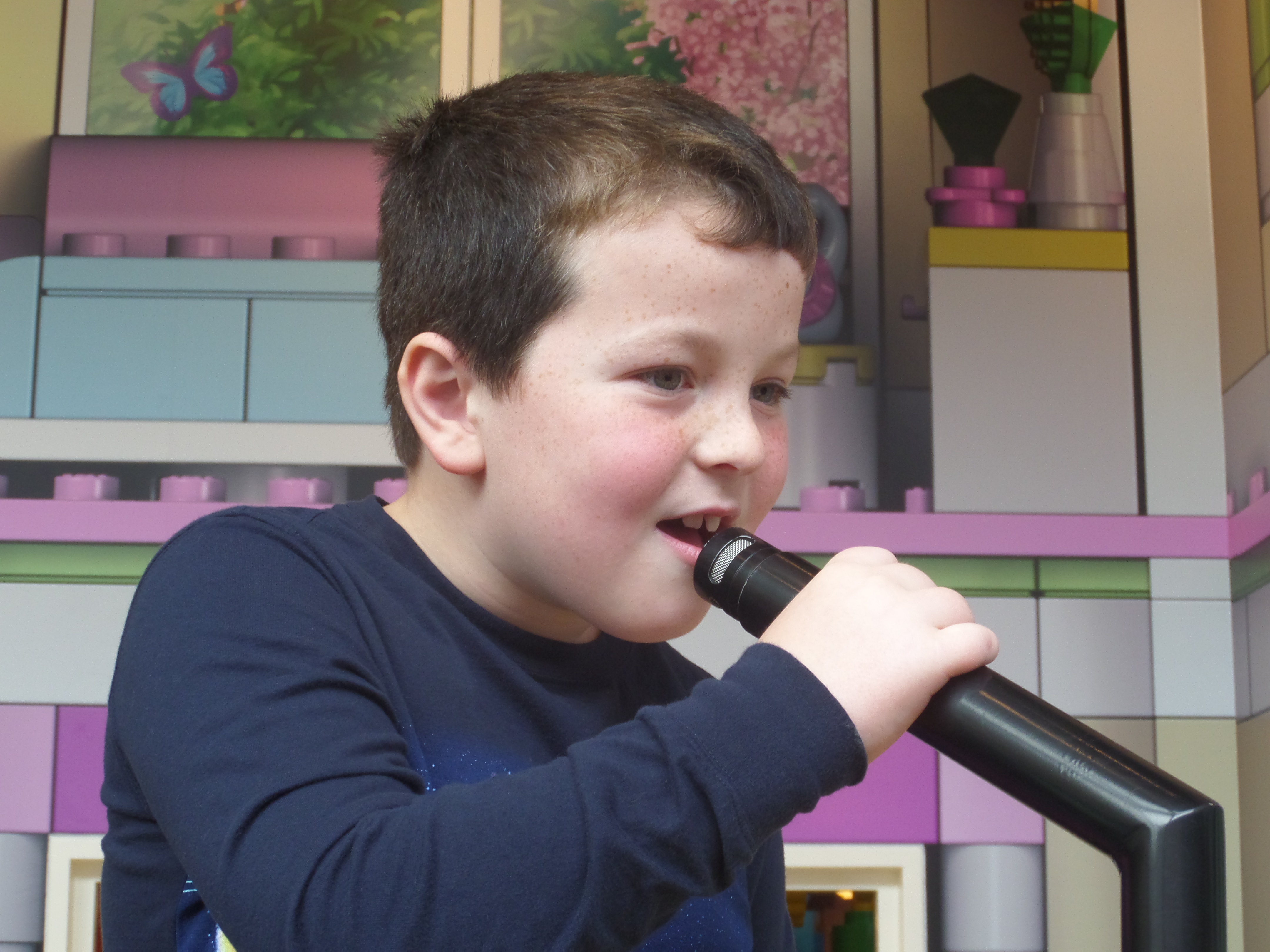 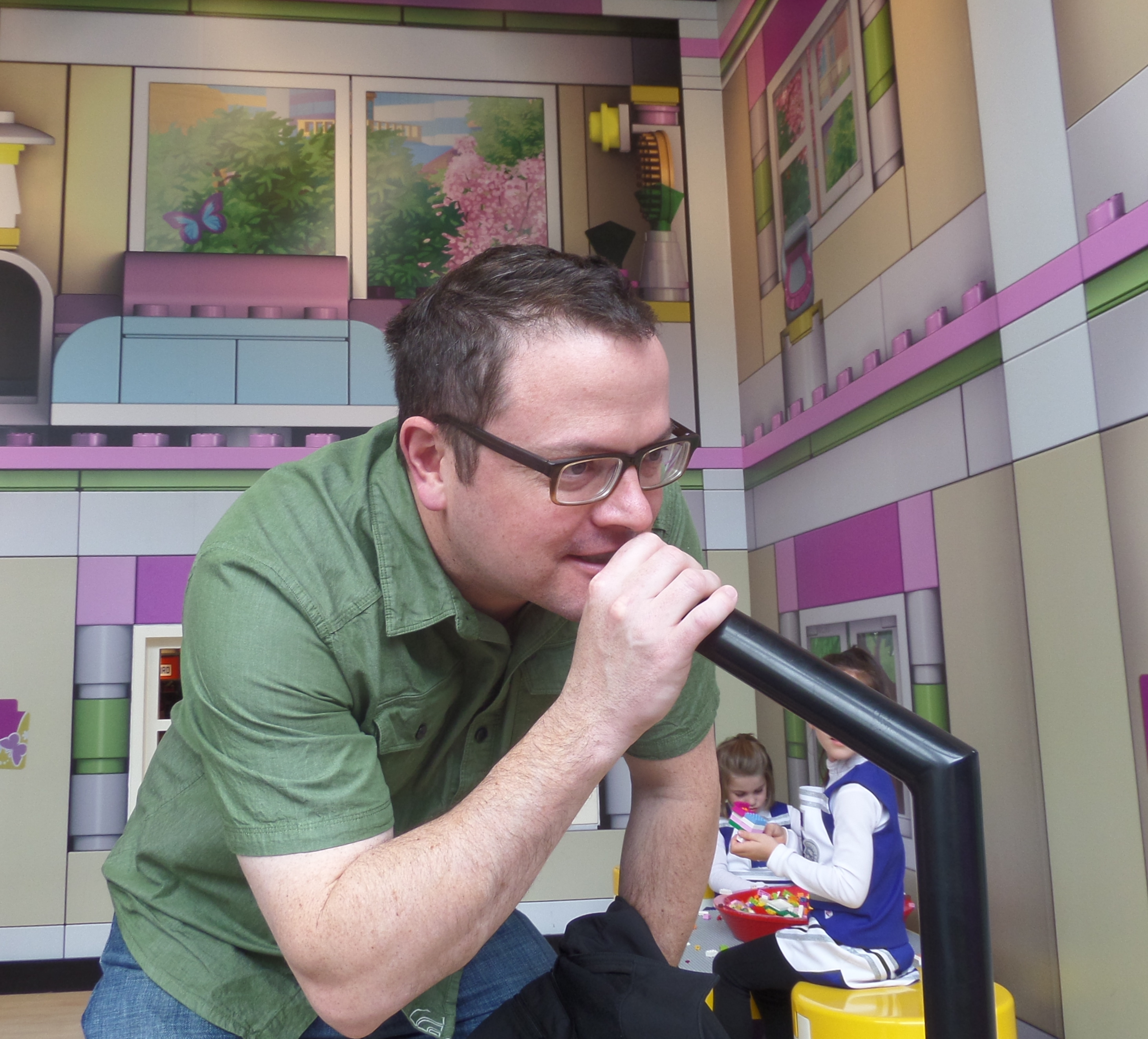 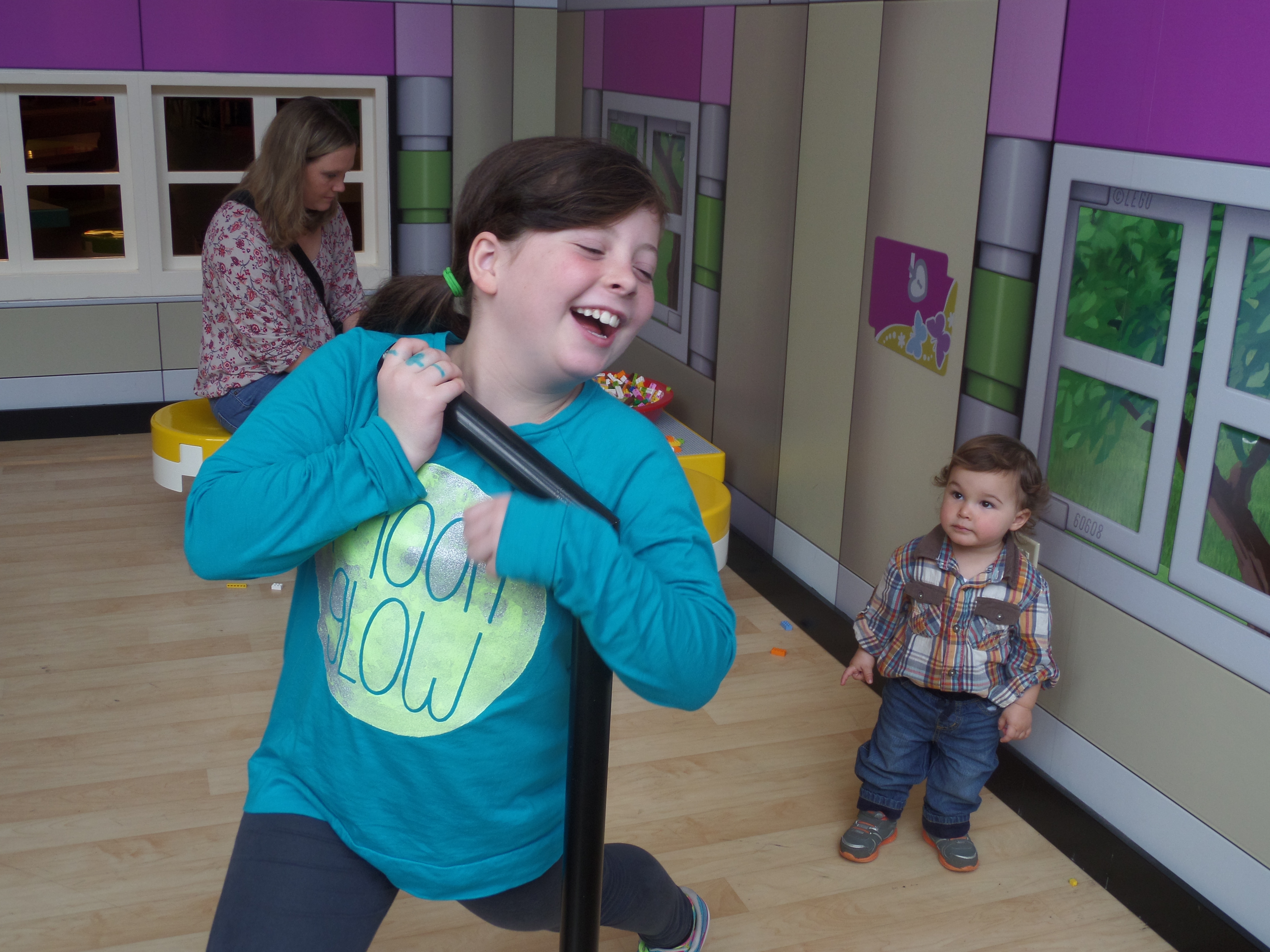 Like many families, we found our way to the store at the end of our visit, where the kids built their own mini-figures. They begged us for all variety of things, but DP and MP stood firm. We left with promises of Indian food for lunch in Somerville, followed by a visit to the Boston Museum of Science. What a full day! 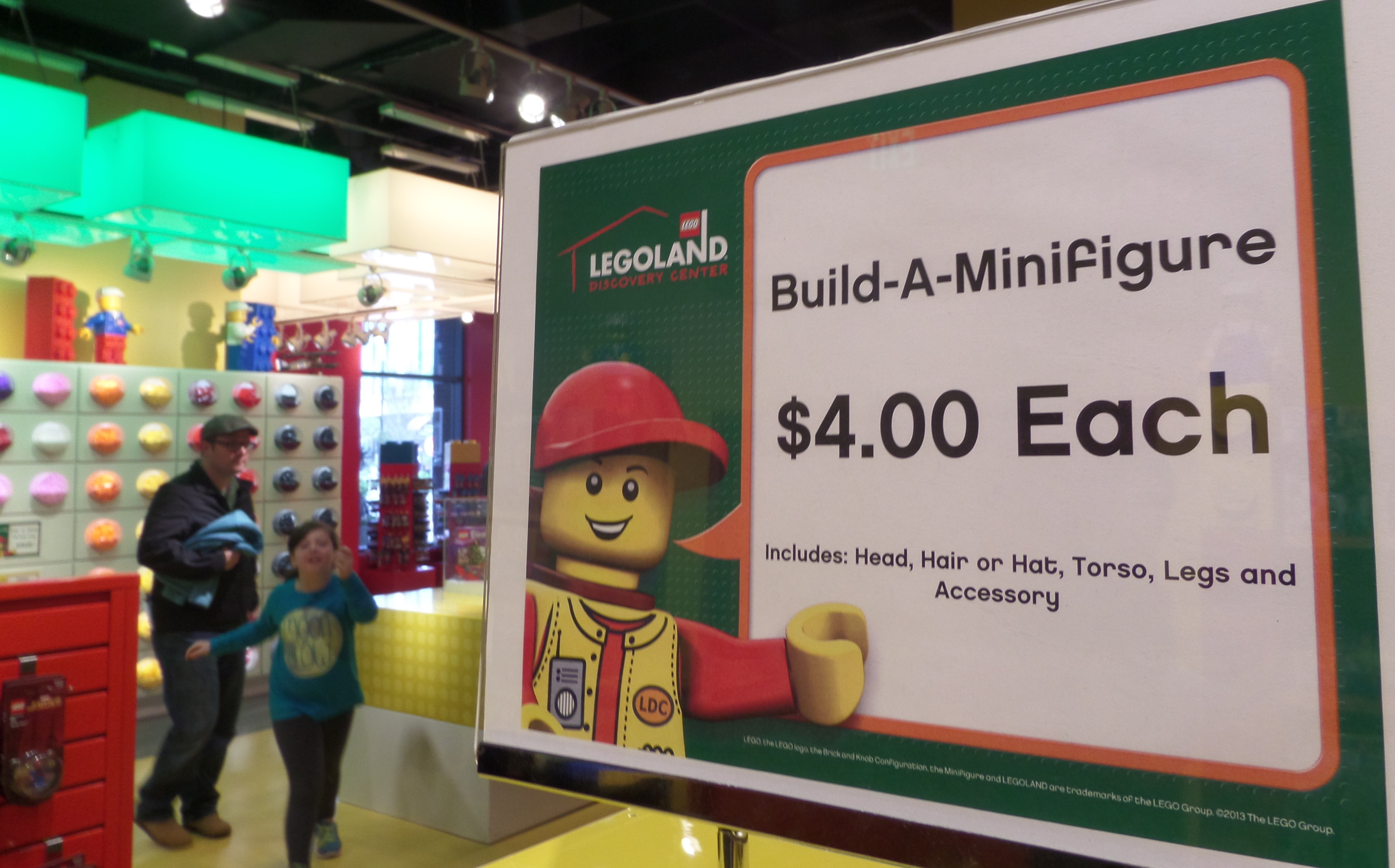 If you have a LEGO® fan at home, a visit to LEGOLAND® Discovery Center in Boston is worth the trip, especially on a rainy day. Of course, you could always host your own LEGO® building party at home, which is what we plan to do in the future.