During these long winter days, keeping our kids active and engaged can be a challenge. That’s why we were thrilled when we heard that Get Air, an indoor trampoline park for kids and adults, was opening in Portland. The park is situated inside a 25,000 square foot warehouse on industrial Riverside Street. Based on advice from friends who told us there were lines out the door on weekends, we chose to visit on a Wednesday afternoon. To save time, MP also filled out an online waiver for the family (the signed waiver is good for one year, so you only need to fill it out on the first visit). 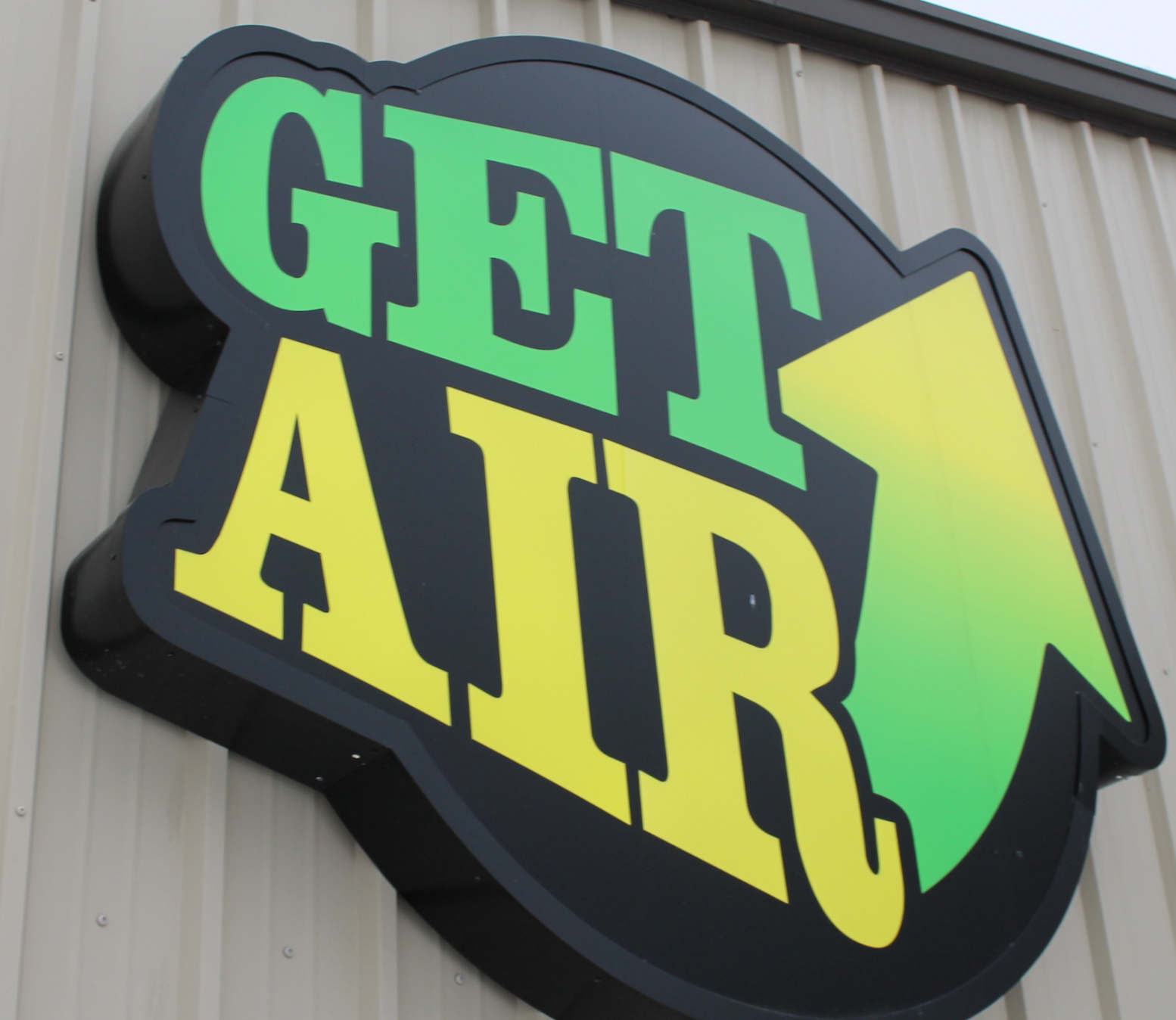 MP was a little nervous after signing the waiver. The document made her well aware of all the possible injuries that could happen while jumping and climbing with lots of other people around. On the way to the park, MP reminded the kids to watch their bodies, and be aware of any other jumpers around them.

When we arrived at Get Air, there was a line about twenty people deep. The kids were concerned we’d have to wait a long time, but it took only 15 minutes to reach the register. We learned that children over 46-inches tall can play in the “Big Air” portion of the park, which includes trampolines, an obstacle course, a foam pit, a slackline, dodge ball, and ladders to climb. Younger children under 46-inches can play in the “Small Air” section. Small Air has trampolines, slides and a foam pit for little ones. 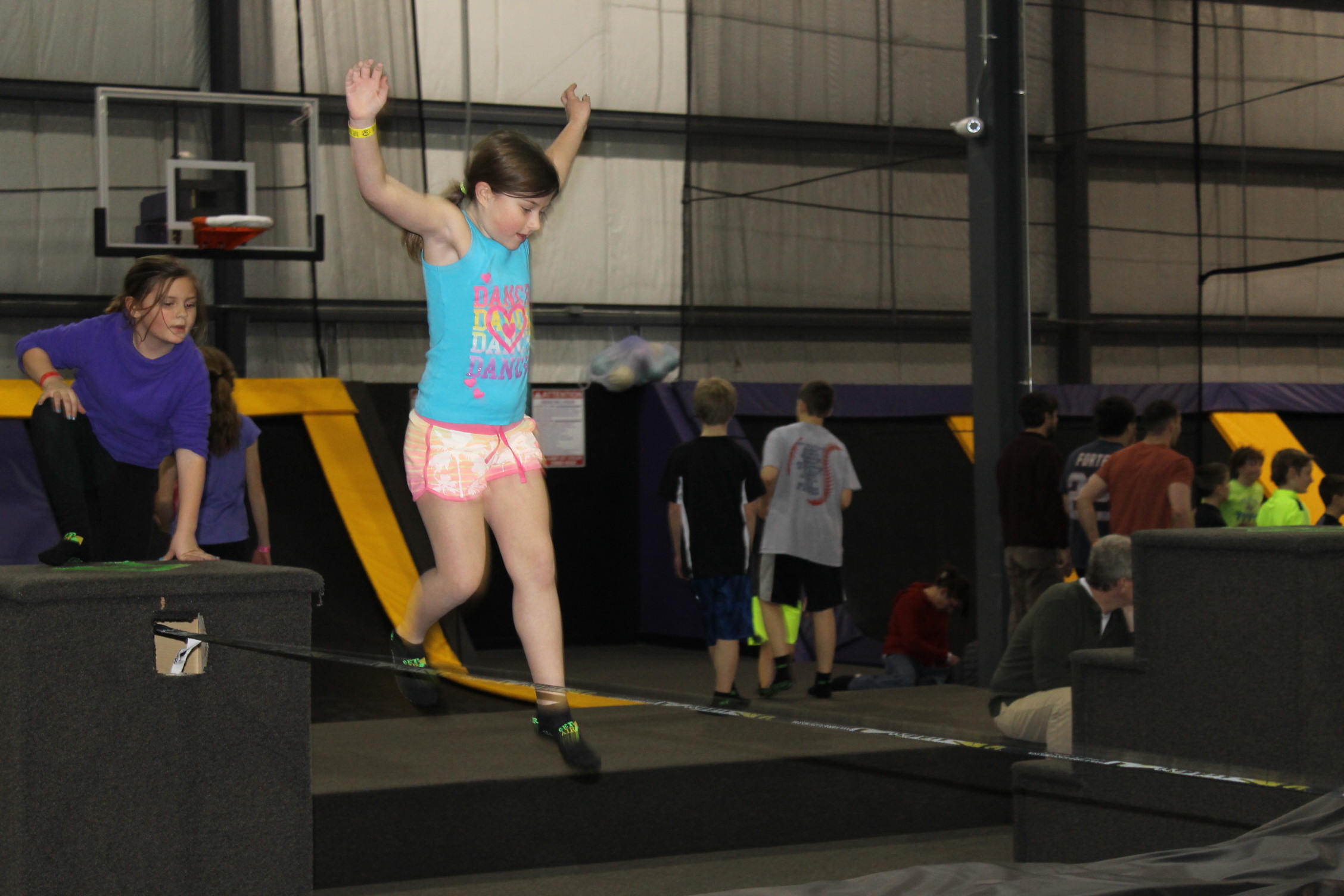 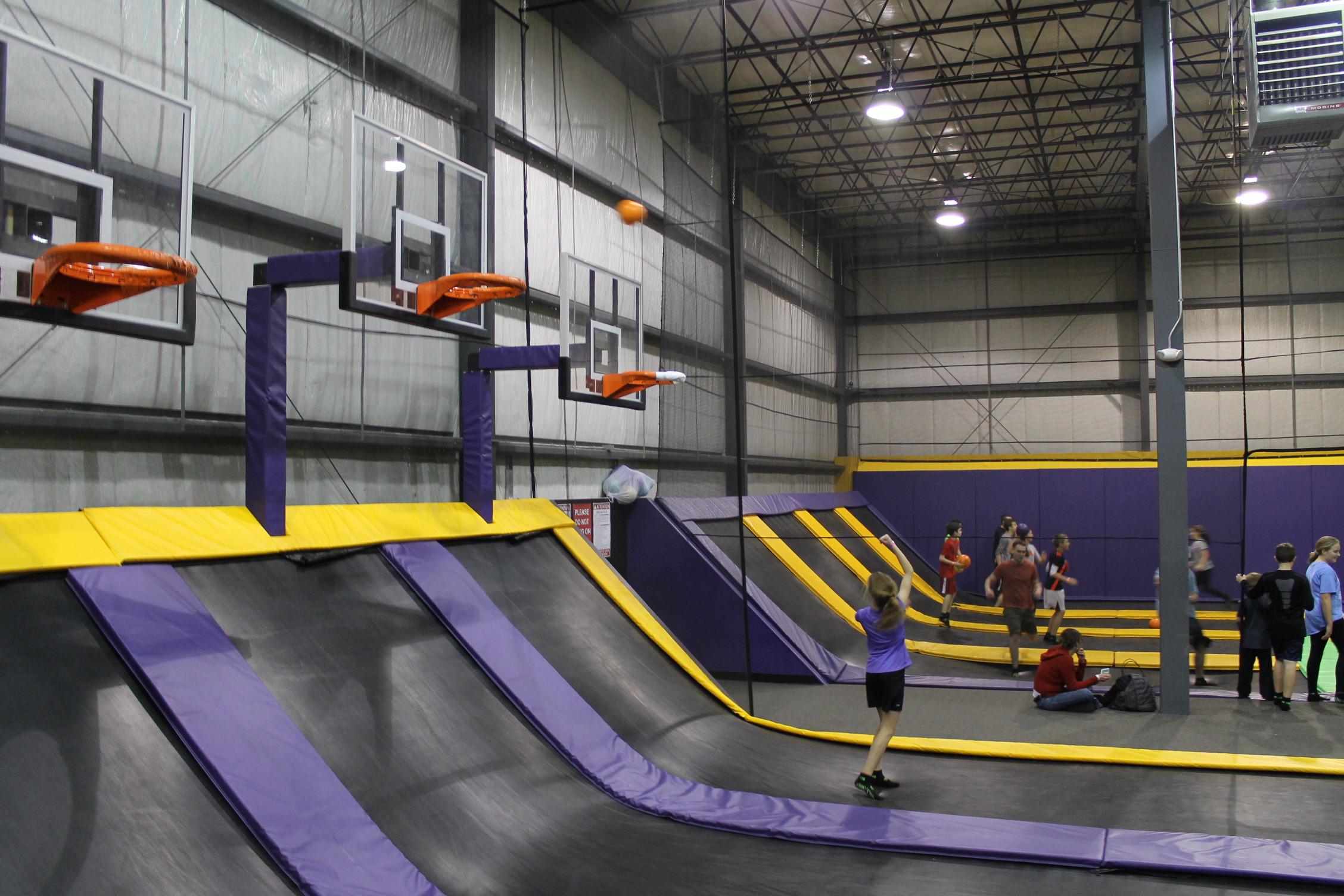 Visitors to Get Air can jump for up to two hours. MP chose an hour for the kids’ first visit, which was more than enough time for her duo. As first time visitors, we also had to pay a small fee for special grip socks to wear in the park (the socks can be reused for future visits). CP#1 and #2 also received color-coded bracelets to indicate the length of time they’d be jumping. 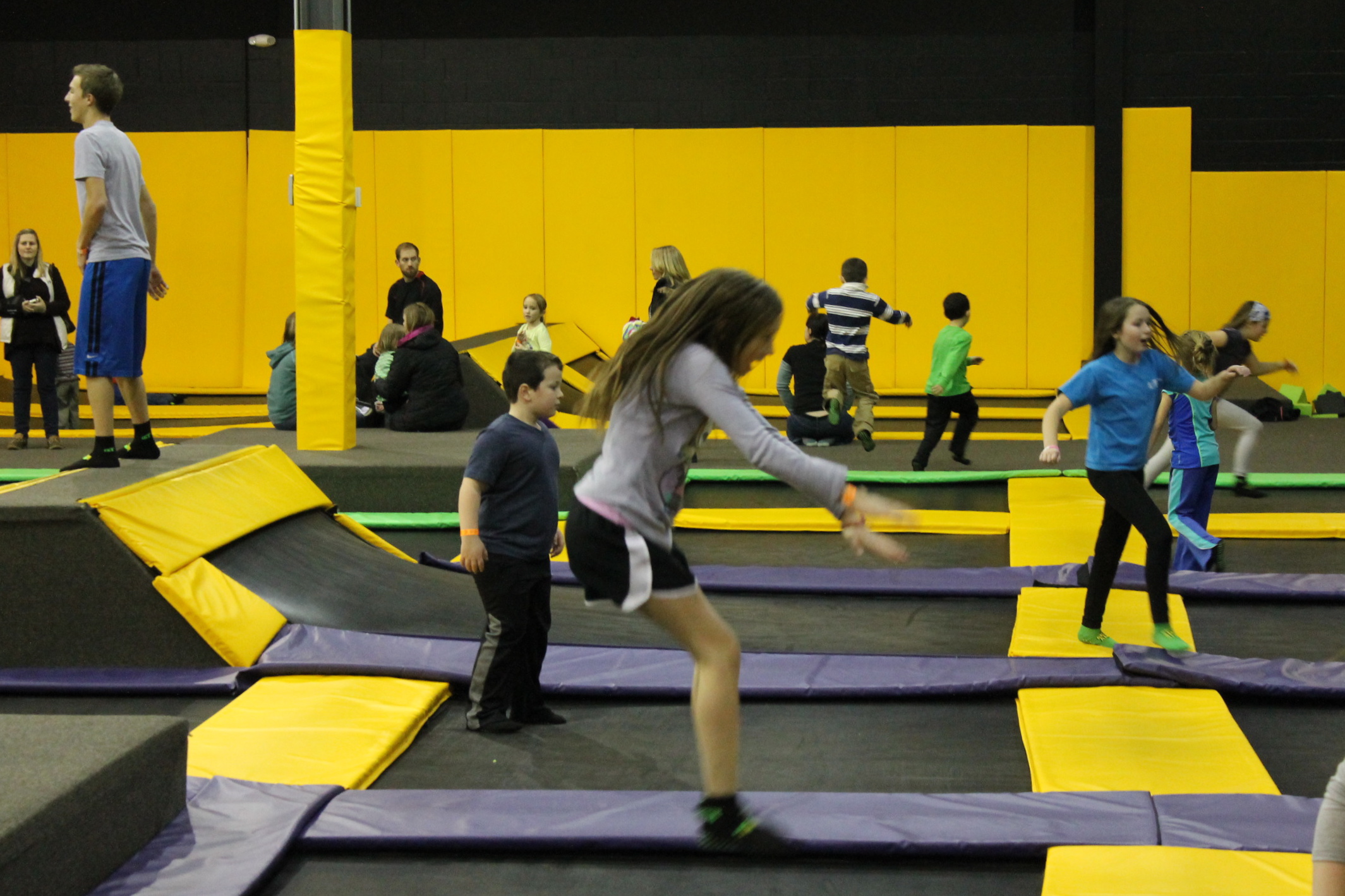 Once we were finished paying, the kids dropped off their coats and boots in cubbies, which were chock full of winter gear. If you’re going on a busy day, plan to leave what you can in the car. There are also a few tables nearby if you bring snacks or drinks for the kids. A water bottle is a must here. The kids get really thirsty while jumping! Get Air also has a water fountain and vending machines in case you forget to bring your own drinks.

Inside the park itself, the kids had a blast trying most everything. The only activity they stayed away from was dodge ball, which can be intimidating for some. 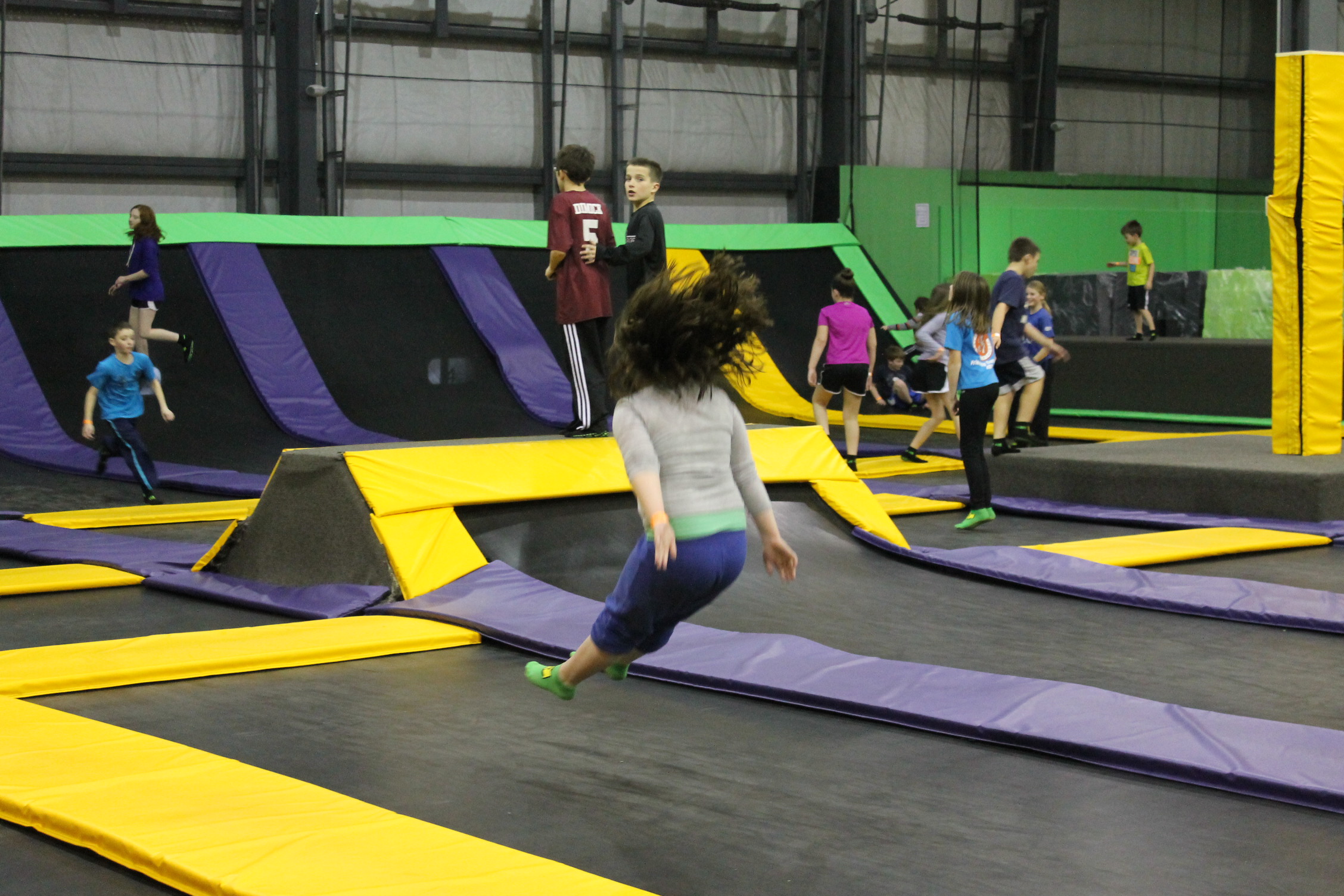 MP walked around and took photos while the kids played. Once she felt certain they were comfortable and safe, (there are Get Air referees throughout the park watching for any potential problems), MP sat in a comfy massage chair, which she later learned is only for paying customers. Parents watching their kiddos can sit on the floor or stand at the perimeter of the park, so bringing your own small, seat cushion is also a good idea. 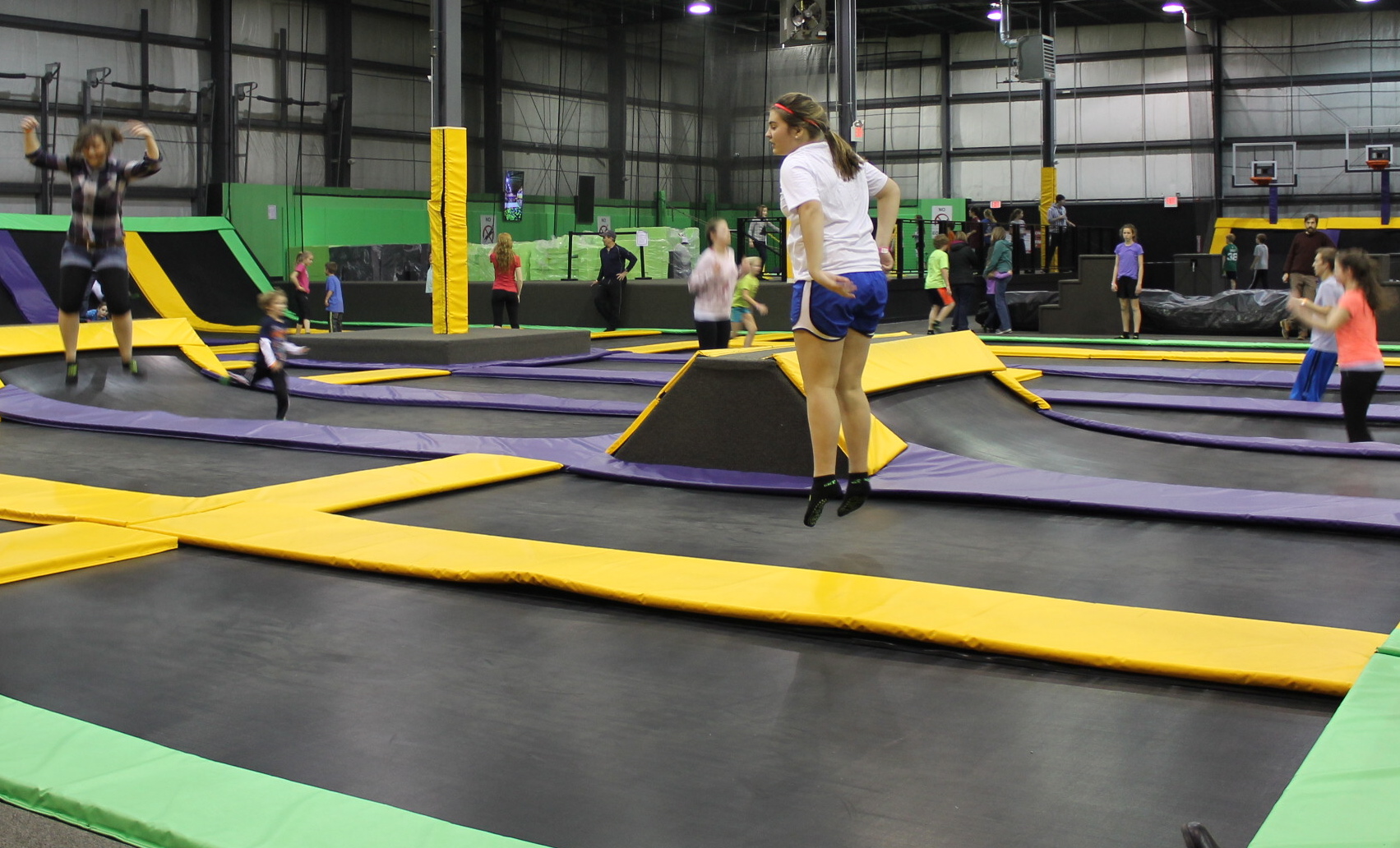 There’s a digital clock on the wall to let guests know exactly when they entered the park. An announcement also tells jumpers when their first hour is up. CP#1 and #2 were definitely tired by the end of the hour, but they both had so much fun. Since our first visit, the kids have returned to Get Air multiple times with friends. 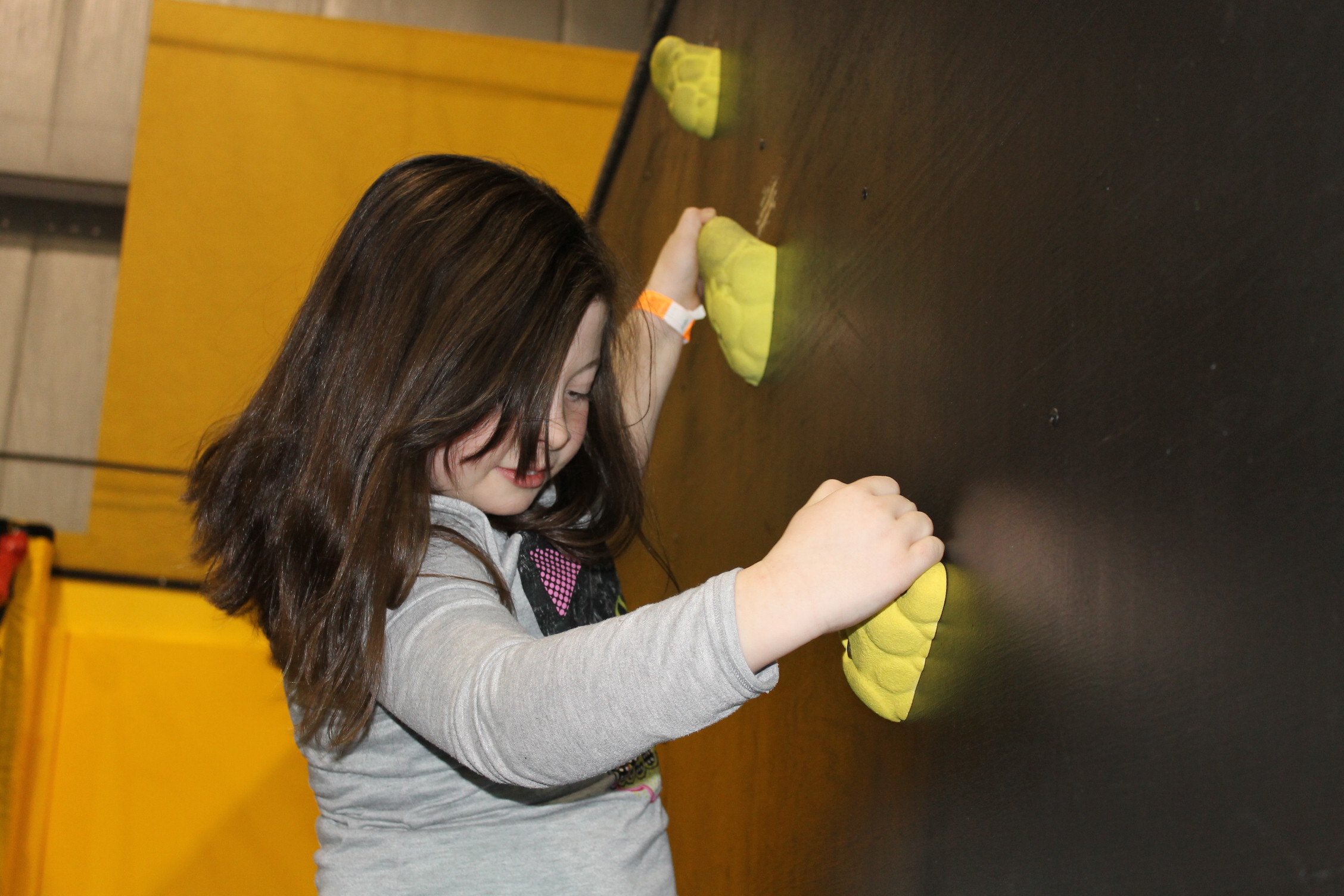 Many congrats to Allison McBrierty! Allison and her family have won (4) one hour passes to Get Air in Portland! Thanks for all of your comments. As always, we’ll have another great giveaway coming up soon.