MP and DP recently celebrated their 20th wedding anniversary. To mark this festive occasion, DP planned an overnight trip to Boston for all of us. The plan? The kids would spend the day and evening with their Uncle Joe, while DP and MP would enjoy dinner, a surprise concert and a night to ourselves! 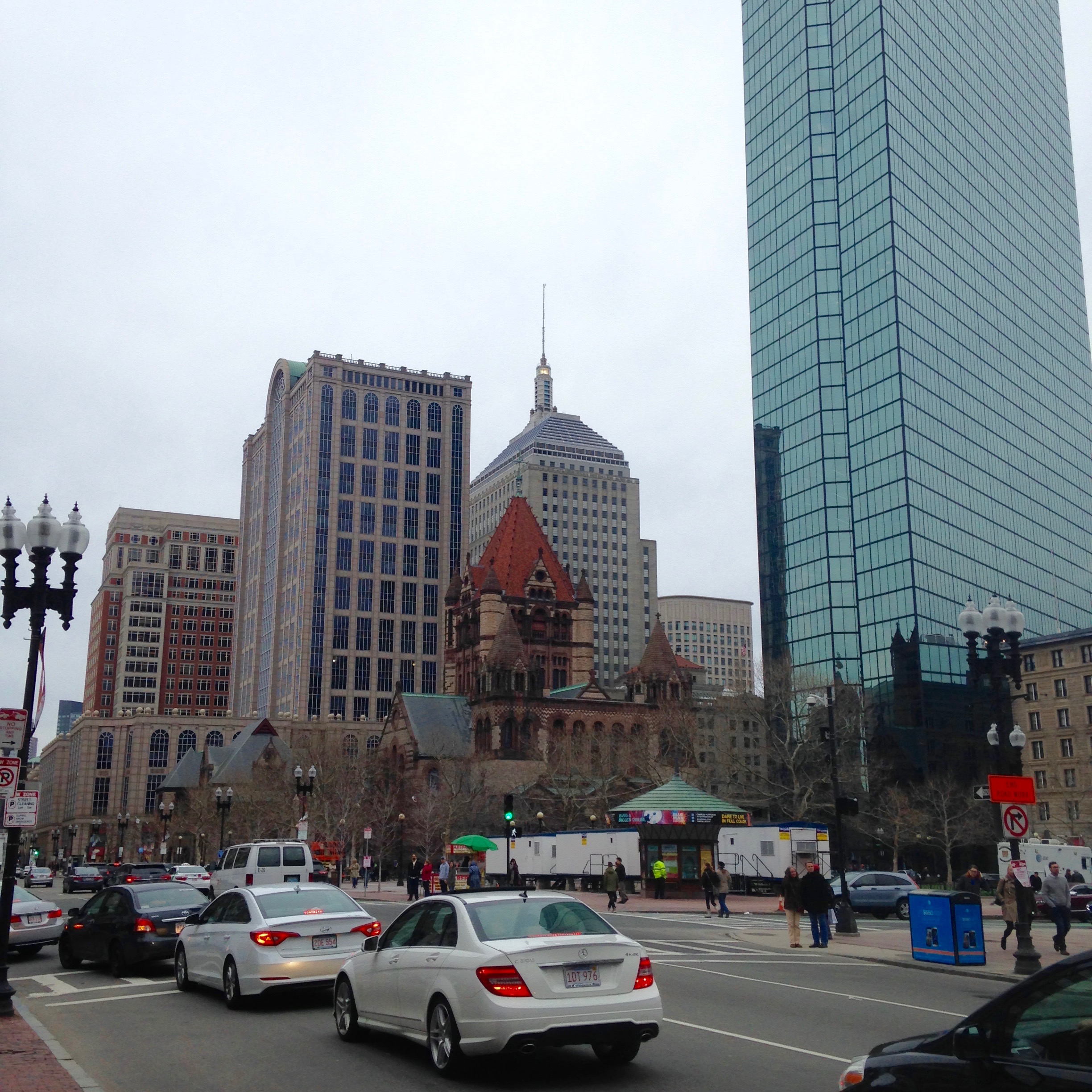 Uncle Joe planned to take the kids to Boda Borg, which is best described as a live action video game. The game, which originated in Sweden in the nineties, takes players into various themed rooms (a jungle, a prison, a mouse trap, etc.) where they must work with their team to find a way out. The kids couldn’t wait to visit Boda Borg and barely turned around to say goodbye once it was time to go.

After leaving the kids with their uncle, we checked into our hotel, which was located just a block away from the historic Wang Theatre (where we were to see the concert that evening). “I don’t know any other way to tell you who we’re seeing tonight,” DP said, “Let’s just walk to the theater.”

An electronic marquis scrolled through various shows, the first being “Clifford the Big Red Dog.” MP raised an eyebrow. “We’re seeing Clifford?” she joked. “Let’s go inside,” said DP. At the ticket window, MP learned we were going to see Andrew Bird — a prolific musician who is best known for his melodic voice and creative use of the violin (readers might know him best as the whistler behind “The Whistling Caruso” in The Muppets). MP didn’t know he was on tour, so the news came as a wonderful surprise! To her delight, she could hear Andrew Bird and his band practicing their set. She wanted to linger in the lobby, or maybe even ask if she and DP could walk inside, but thought better. MP didn’t want to ruin the show for later.

Next, we ventured to Newbury Street to do a little shopping and stopped at Bacco’s for a wine and cheese tasting. We left with a bottle of Domaine Gueguen Petit Chablis, which is light and refreshing wine for summer. Then we walked to Erbaluce, a tucked away Italian restaurant located between Back Bay and the Southend. At 6:00 p.m. on a Saturday, the modestly sized restaurant was packed with diners. We couldn’t wait to try their award-winning food. 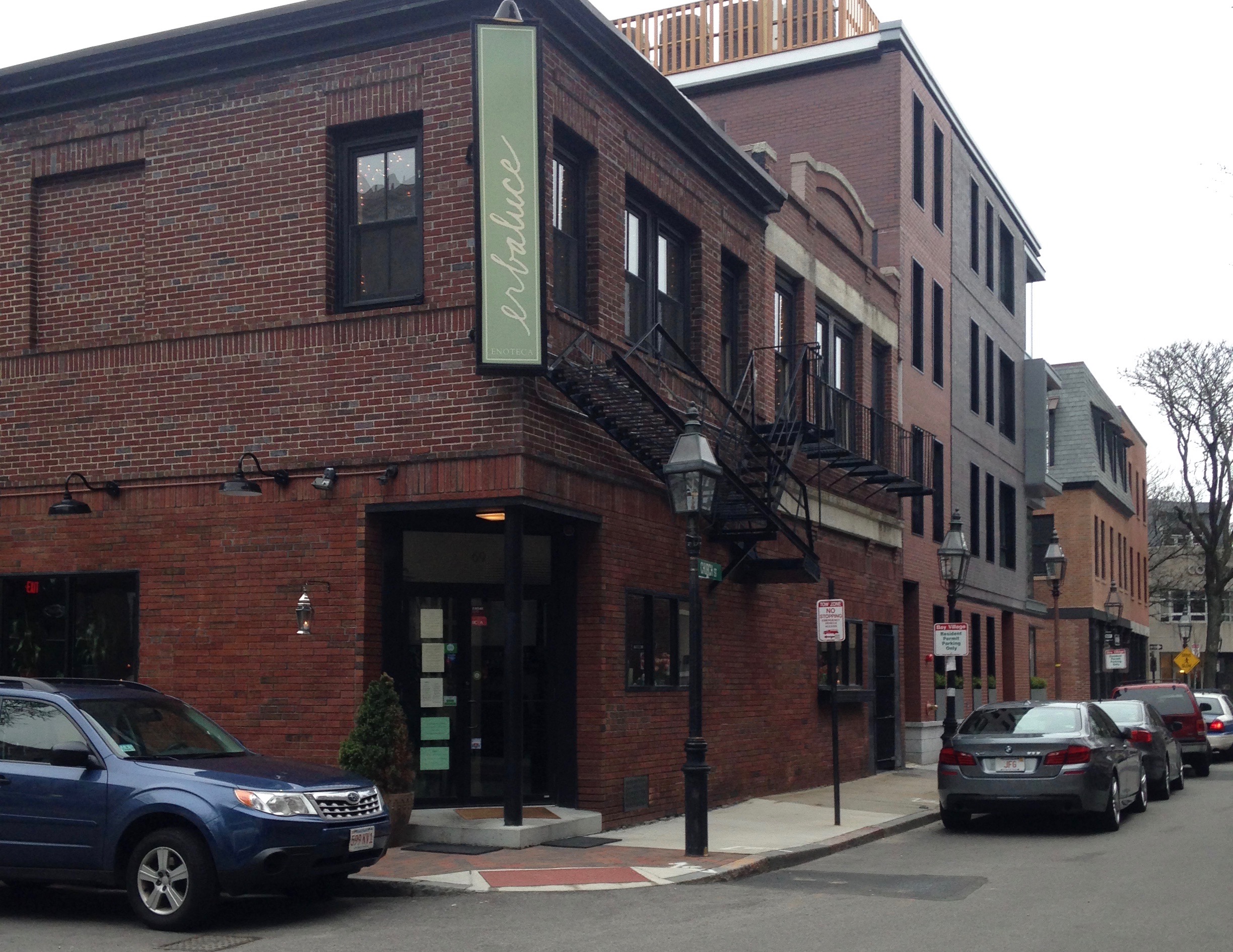 While we dined, the kids sent us a few photos of their adventures at Boda Borg, as well as a picture of the in-house Taco Bar, where they planned to eat dinner. By the looks on their faces, it was clear our duo was having fun! We were both so grateful to their uncle for taking them on an adventure of their own.

After a memorable dinner, that included tender, braised pork cheeks garnished with fresh rosemary and sweet potato gnocchi with shaved pecorino, we walked to the theater. Built in 1925, the Wang Theatre is simply stunning, with cathedral ceilings, glistening chandeliers, and marble columns. MP snapped a few photos before the show — thrilled to be in such a beautiful place to listen to one of her favorite musicians. 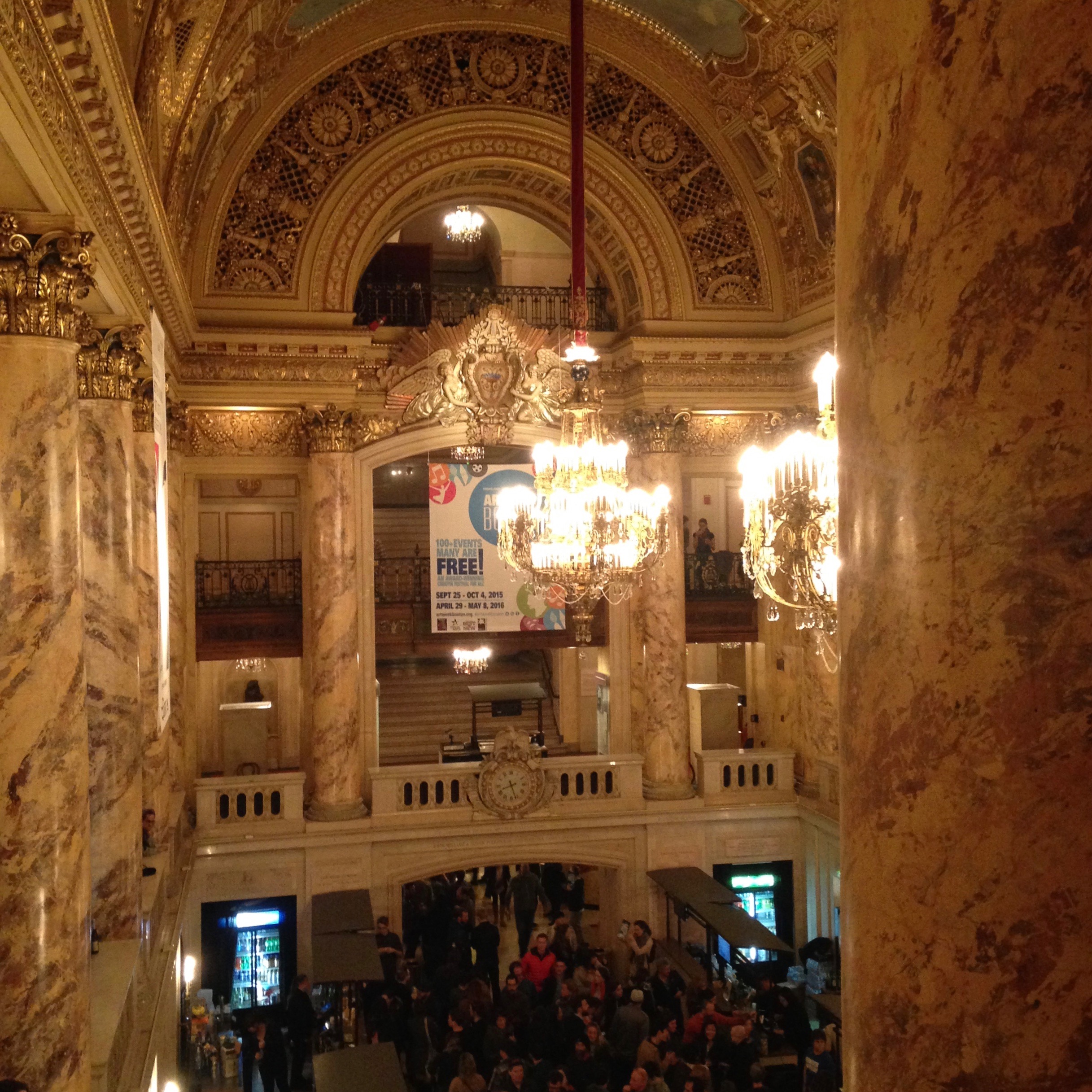 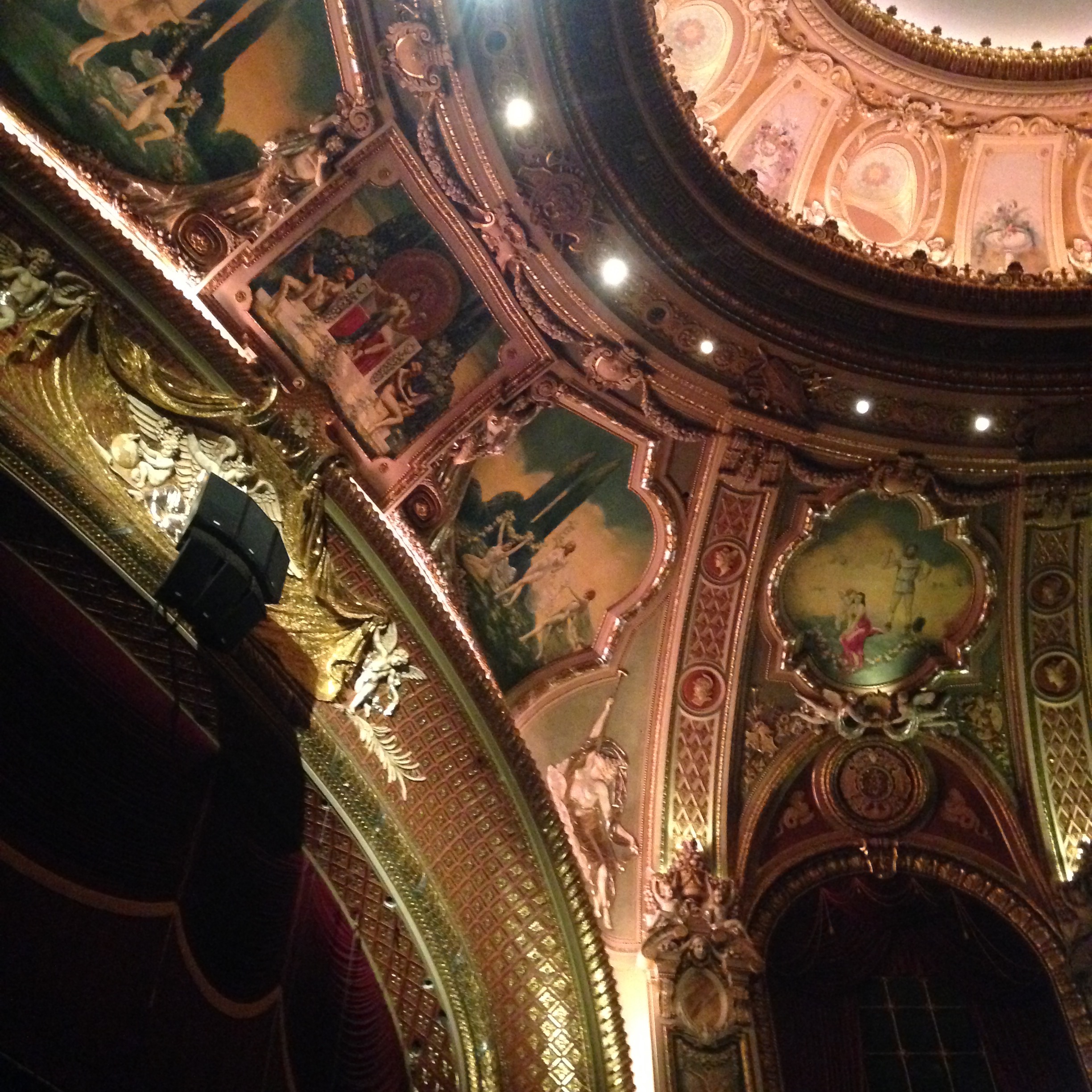 The concert exceeded our expectations. Andrew Bird played all of the music on his new album, “Are You Serious?” as well as a few of MP’s favorites, including an acoustic version of “Give It Away,” from his “Break it Yourself” album.

The entire evening was so special, MP didn’t think anything could possibly top the experience. However, when two busy parents get to sleep in on a Sunday morning, there is nothing better! Eventually we got ourselves out of bed and walked to Mike & Patty’s, a tiny breakfast shop known for its incredible egg and cheese sandwiches. It was a chilly morning, and MP was glad to have this Italian wool coat, which the generous folks at L.L.Bean gave her a chance to try.  MP likes this jacket for two reasons: 1. The unique collar makes a Mom looked dressed up without even trying and 2. The coat provides enough warmth when Spring weather is feeling a little less than springy.

Outside Mike & Patty’s in Boston. The leather clutch is also from L.L.Bean.

Even though we stuffed ourselves on delicious breakfast sandwiches, MP and DP decided to also go to Blackbird Doughnuts as a thank you treat for Uncle Joe, who is a self-described donut lover. The donuts were more like decadent pastries. We purchased a box that included Almond Twice Baked, Strawberry Rhubarb Bismarck and Salted Toffee (to name a few). It took all of our will power not to eat the donuts before seeing the kids. Thank goodness we were still full from breakfast. 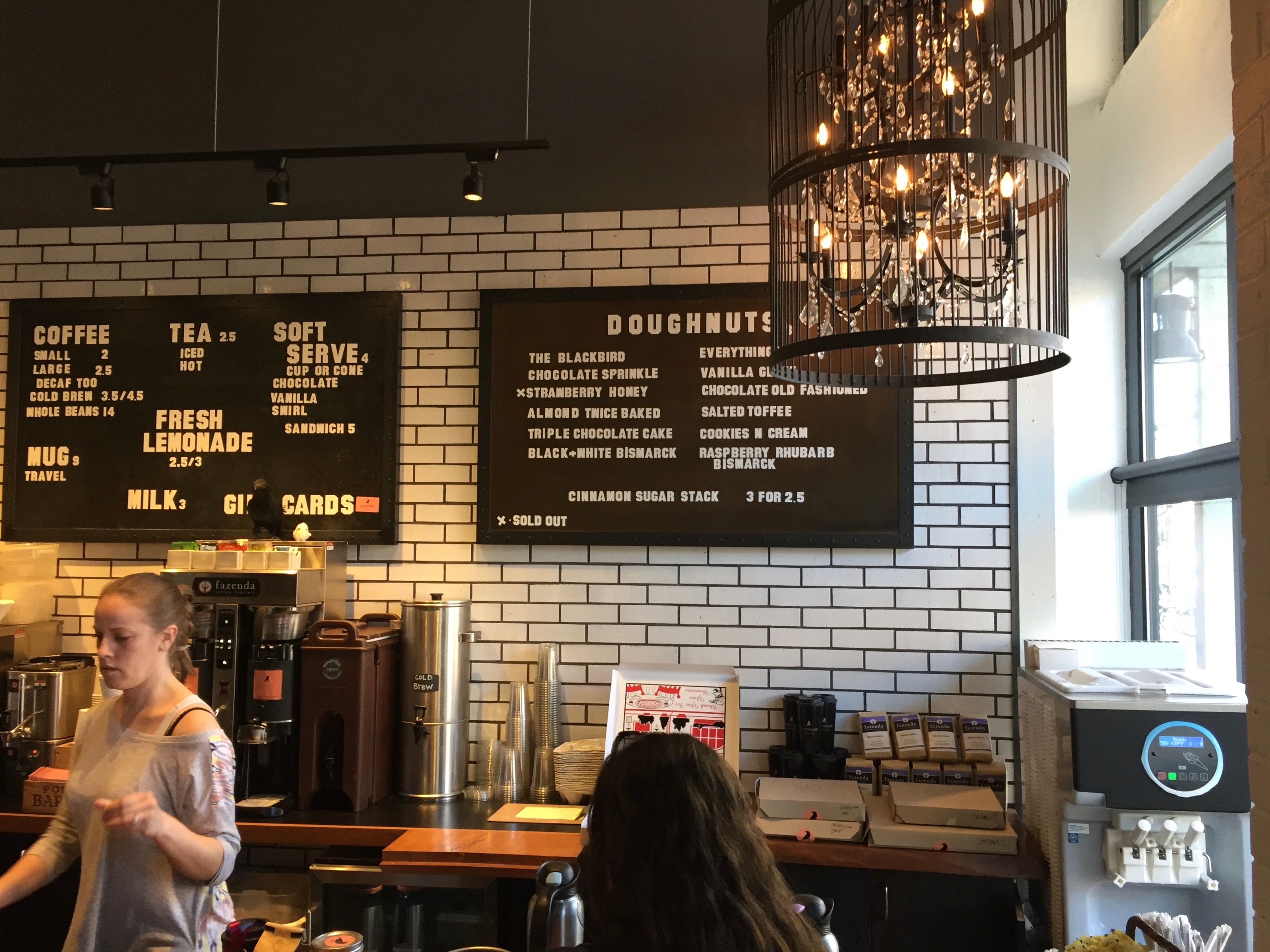 When we reunited with our crew, the kids couldn’t stop talking about Boda Borg. CP#1 and #2 reported that they all had to work together to pull a cat’s tail and run past a circuit box to escape the first room, then they had to stand on a mouse trap, so their Uncle could steal the cheese! Crazy, right? And that was just the beginning — in other rooms, they had to scale walls, dodge prison lights and make their way through an active war zone. MP has to admit, the kids’ enthusiasm made her curious to try Boda Borg for herself. But we’ll save that experience for the next family road trip!

PS: Many thanks to our friends at L.L.Bean for providing the amazing coat and clutch for our weekend.