We were excited to learn about the opening of the new Portland Science Center last fall, and since then, it’s been on our bucket list of places to visit. The center was designed to create an atmosphere of entertainment and learning, which is something we can totally get behind!

The latest exhibit, Titanic: The Artifact Exhibition, caught our attention immediately. MP has long been fascinated by the story of Titanic and she was eager to share it with the kids and her nephew, C, who was visiting from California. 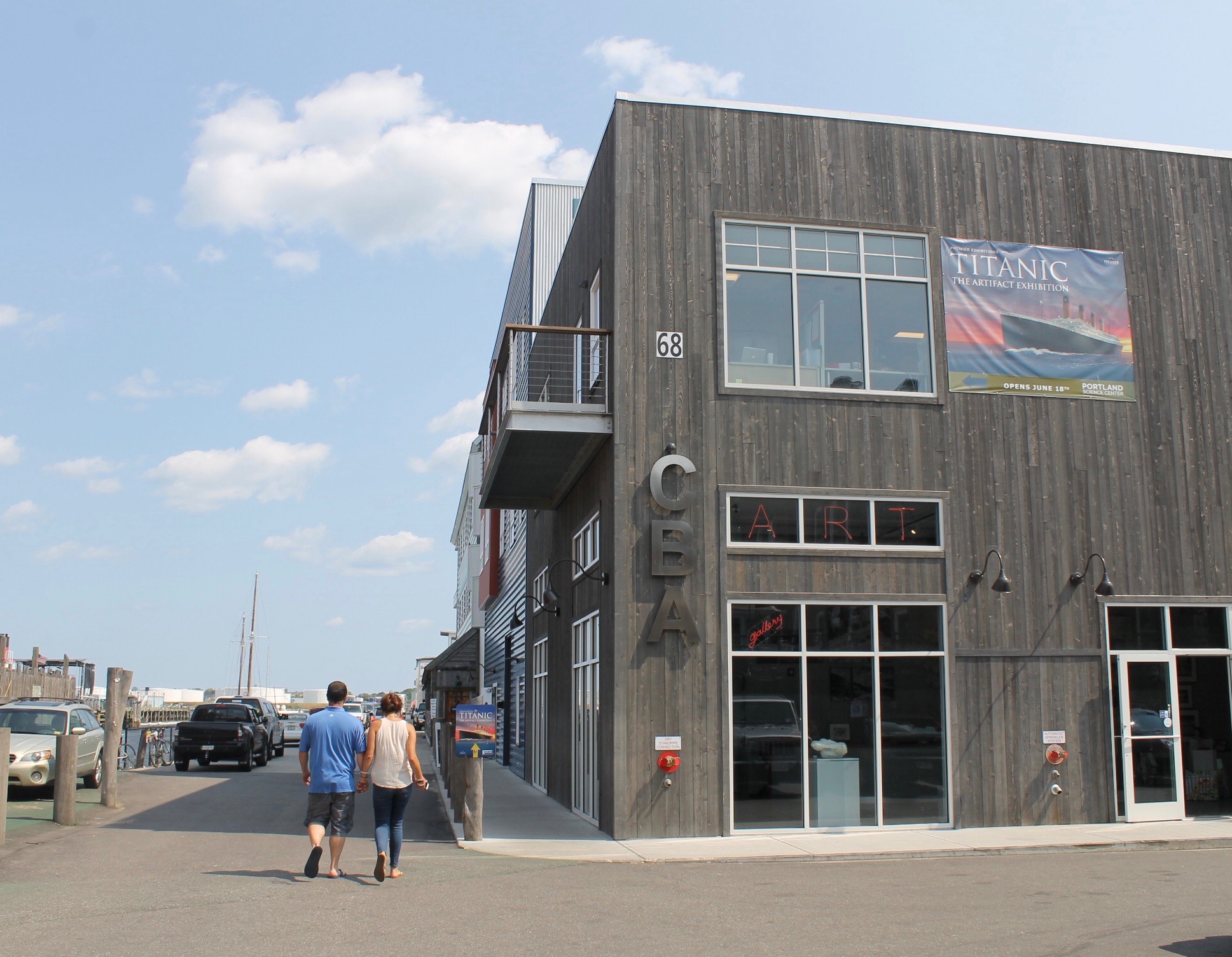 The Portland Science Center is located just off Commercial Street on Maine Wharf, in a modern, wood-paneled building. Once inside, we met with Matt Stone, the Director of Sales and Marketing, who provided our crew with boarding passes. Matt explained that during our visit, each of us would assume the name of a real passenger from the ship. Our passes detailed our names, ages, where we were from and why we were traveling on Titanic. 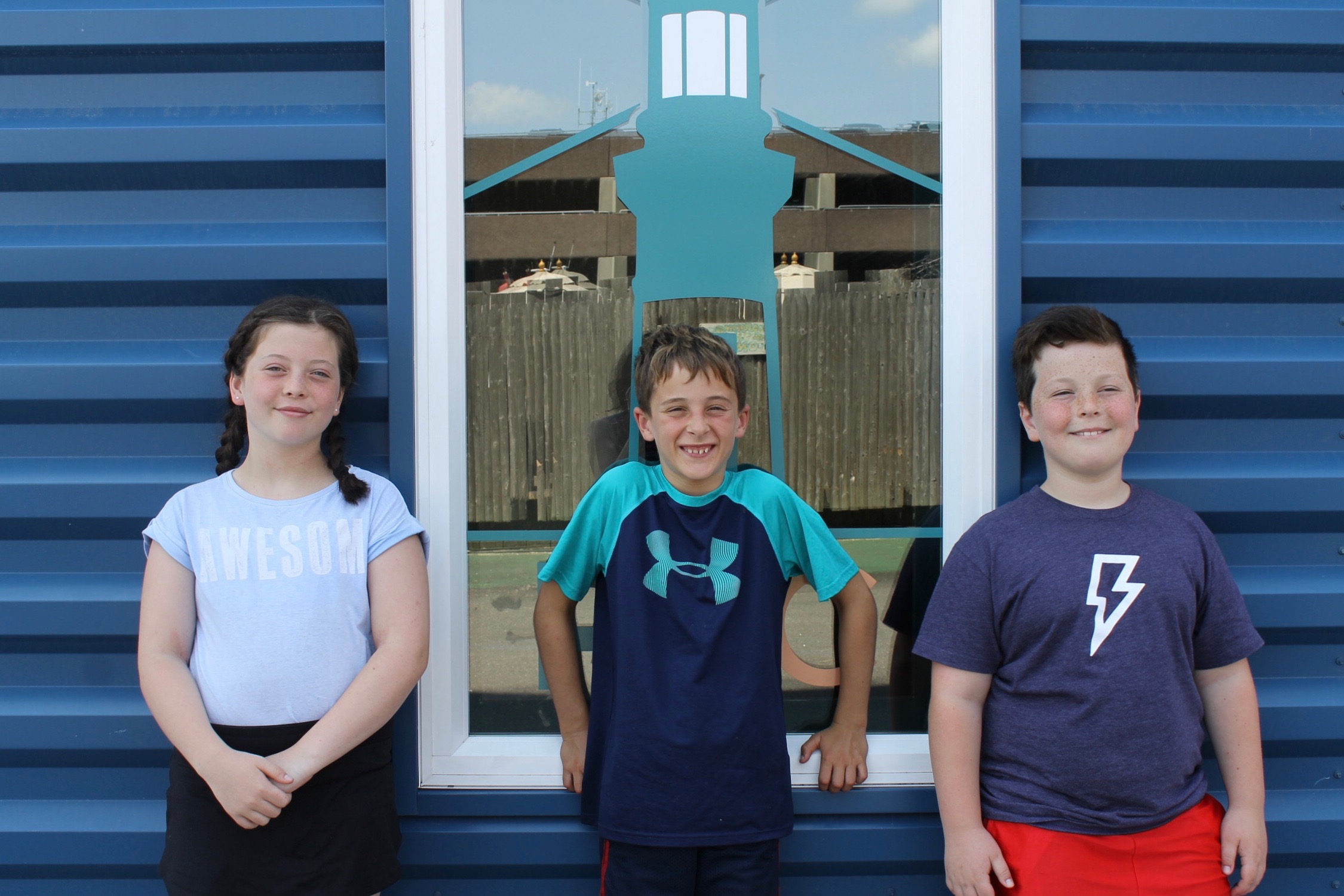 CP#2 learned he was a 33-year old musician from England named Wallace Hartley, the leader of Titanic’s orchestra. Hartley was hired to play concerts for the ship’s first and second class passengers. A talented violinist, Hartley had made 80+ crossings over the Atlantic. He learned about his job aboard Titanic only two days before the ship set sail on April 10, 1912. 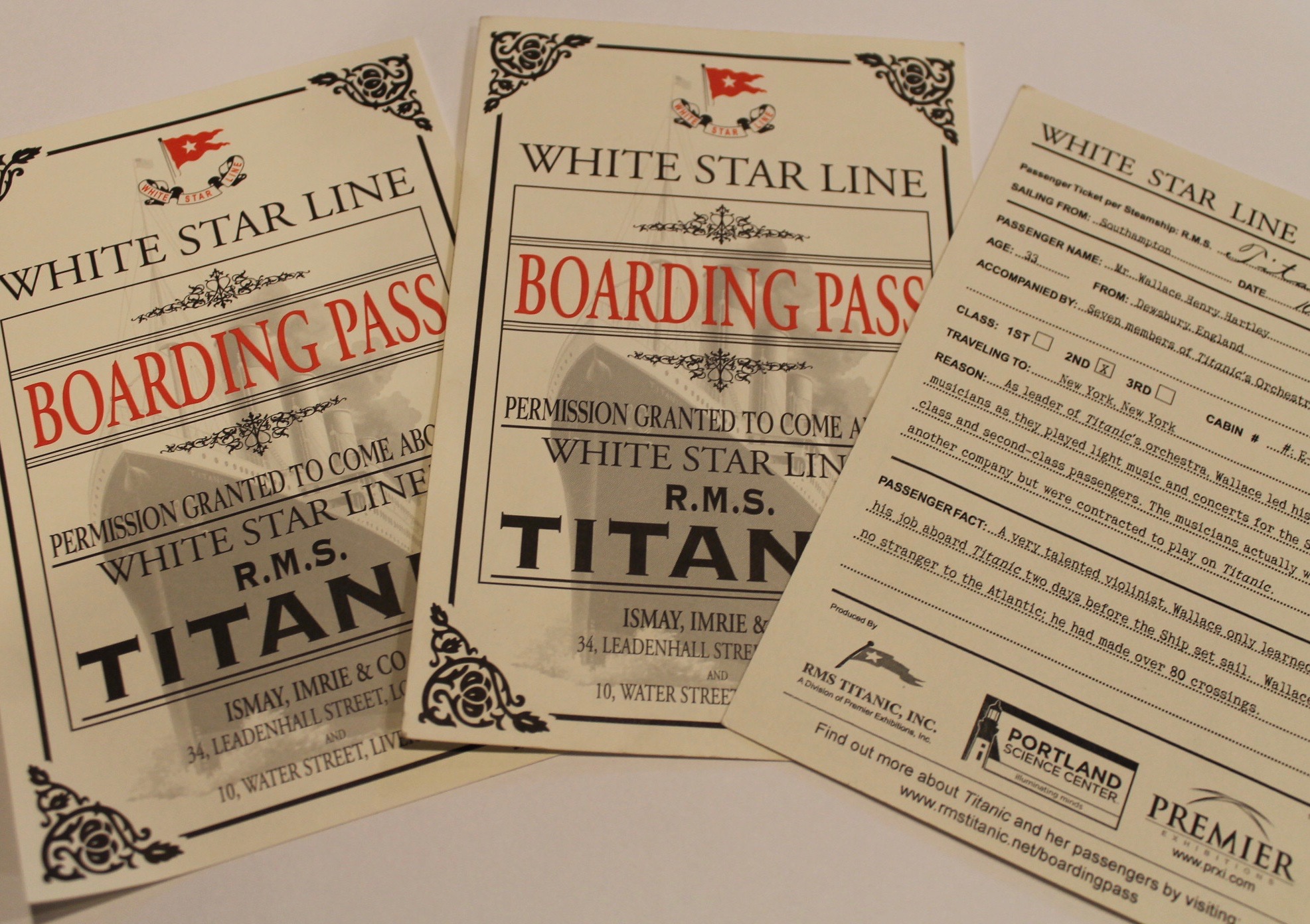 With our boarding passes and new identities in hand, we were invited to take a photo of all of us before entering the exhibit. We had a few backgrounds to choose from, but the kids decided they wanted a photo of us on the Grand Staircase with the ghost of the ship’s captain looming behind us.

Matt gave us all headsets to listen to the stories of Titanic and its passengers throughout the exhibit. We learned about the Belfast, Ireland-based shipbuilders who created the famous ship, and then entered a portion of the exhibit that detailed the differences between the amenities for first, second and third class passengers. Most of us were second class passengers, which meant we were able to enjoy well-appointed staterooms, a dining area and a library. CP#1, who was a 24-year old woman fleeing Russian occupation of Finland with her husband, was a third class passenger. Her living space was simple (a shared room with bunk beds) and in 1912, her ticket cost $35 — the equivalent of $620 today. In comparison, a first class ticket to New York cost $2,500, which would be over $57,000 by today’s standards! 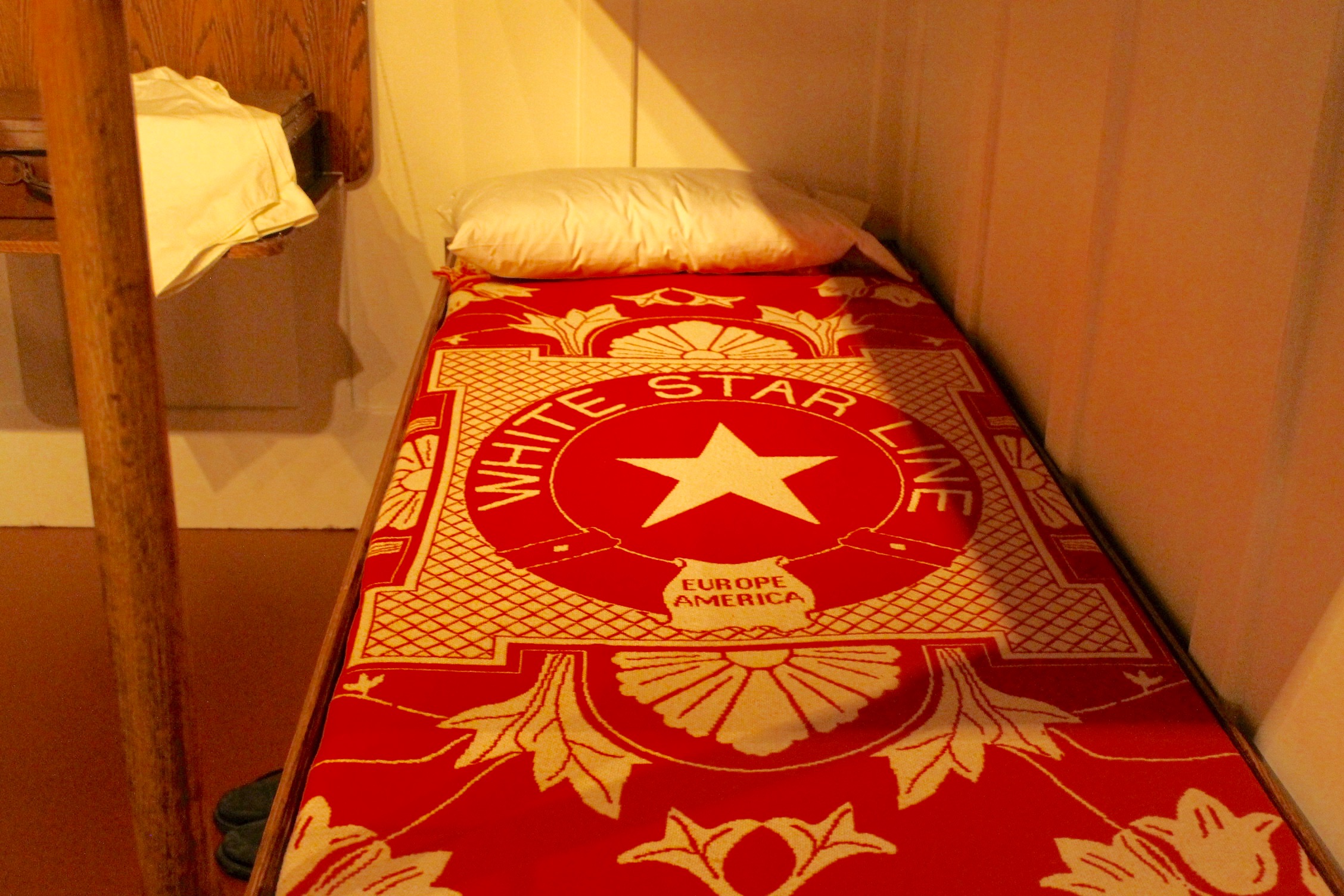 An example of third class accommodations. 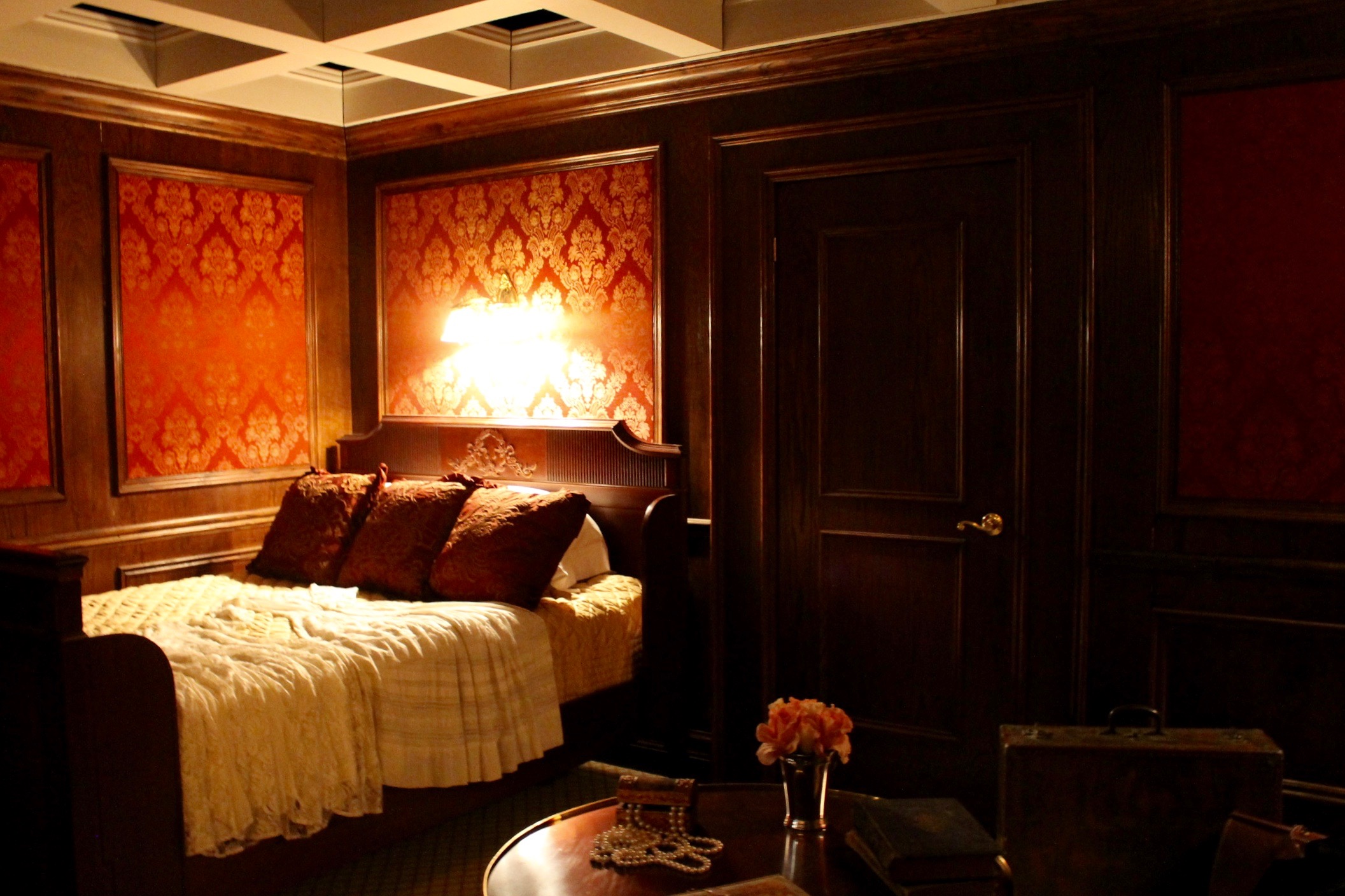 A replica of a first class stateroom with real artifacts from Titanic.

We moved on to the most fascinating part of the exhibit, which detailed the night Titanic sank. The room featured a large iceberg, which we were invited to touch. The iceberg was so cold, but we learned the water was even colder — 28º F the night of the crash. We were surprised to find that most passengers died of hypothermia rather than drowning. 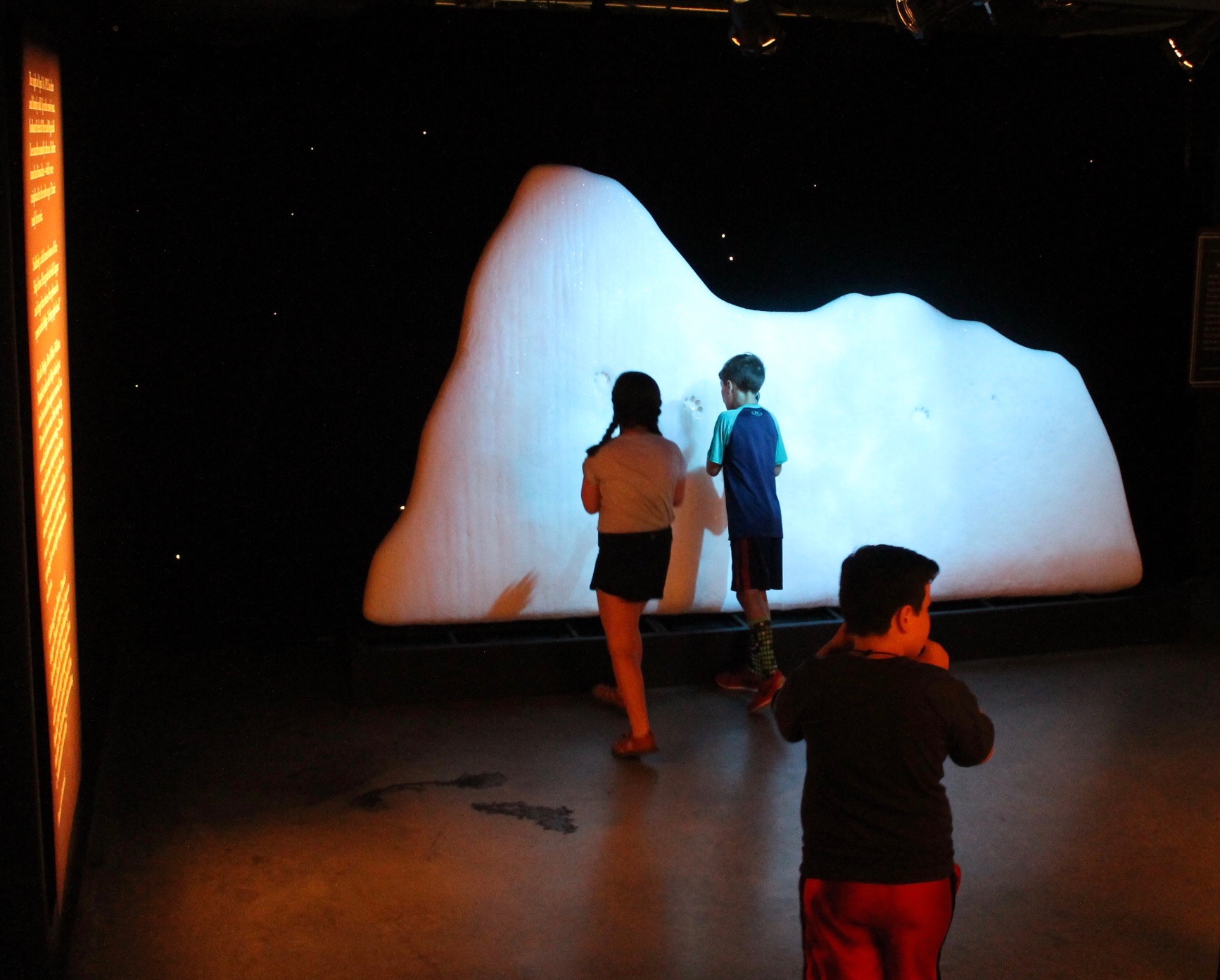 The exhibit became even more personal as we moved into the next room. Signs detailed the sounds the passengers heard when Titanic crashed into the iceberg, headlines from local papers, and the tragic fact that 1,523 of the 2,200 passengers were lost. We also learned our passengers’ fates. CP#2 and his cousin, a hotelier from South Africa who was traveling with his wife and daughter, did not survive. CP#1 and MP, made it on to life boats, but lost their spouses at sea. 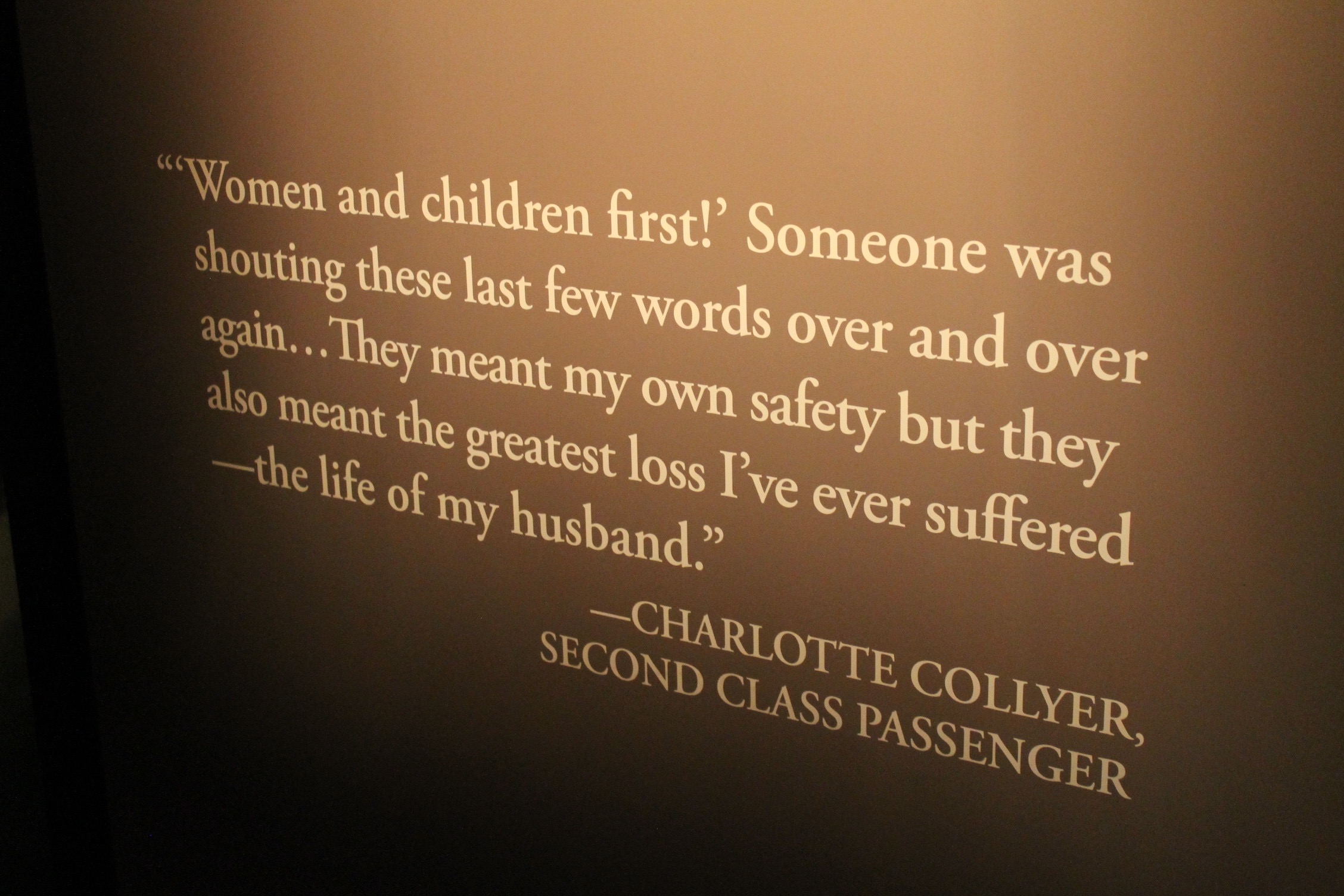 MP was also fascinated by some of the artifacts that have been recovered from Titanic’s final resting place, including stacked casserole dishes that were found intact and in perfect rows on the ocean floor. There were also vials of perfume that still contained their scent over 100-years later.

We were all so impressed and the kids were excited to tell their grandparents, aunts and uncles everything they learned. At 9- and 10-years old, they seemed to be the perfect age for this exhibit.

Many thanks to Matt Stone and the kind staff at Portland Science Center for having us. We’re looking forward to future exhibits (and silly photos)! 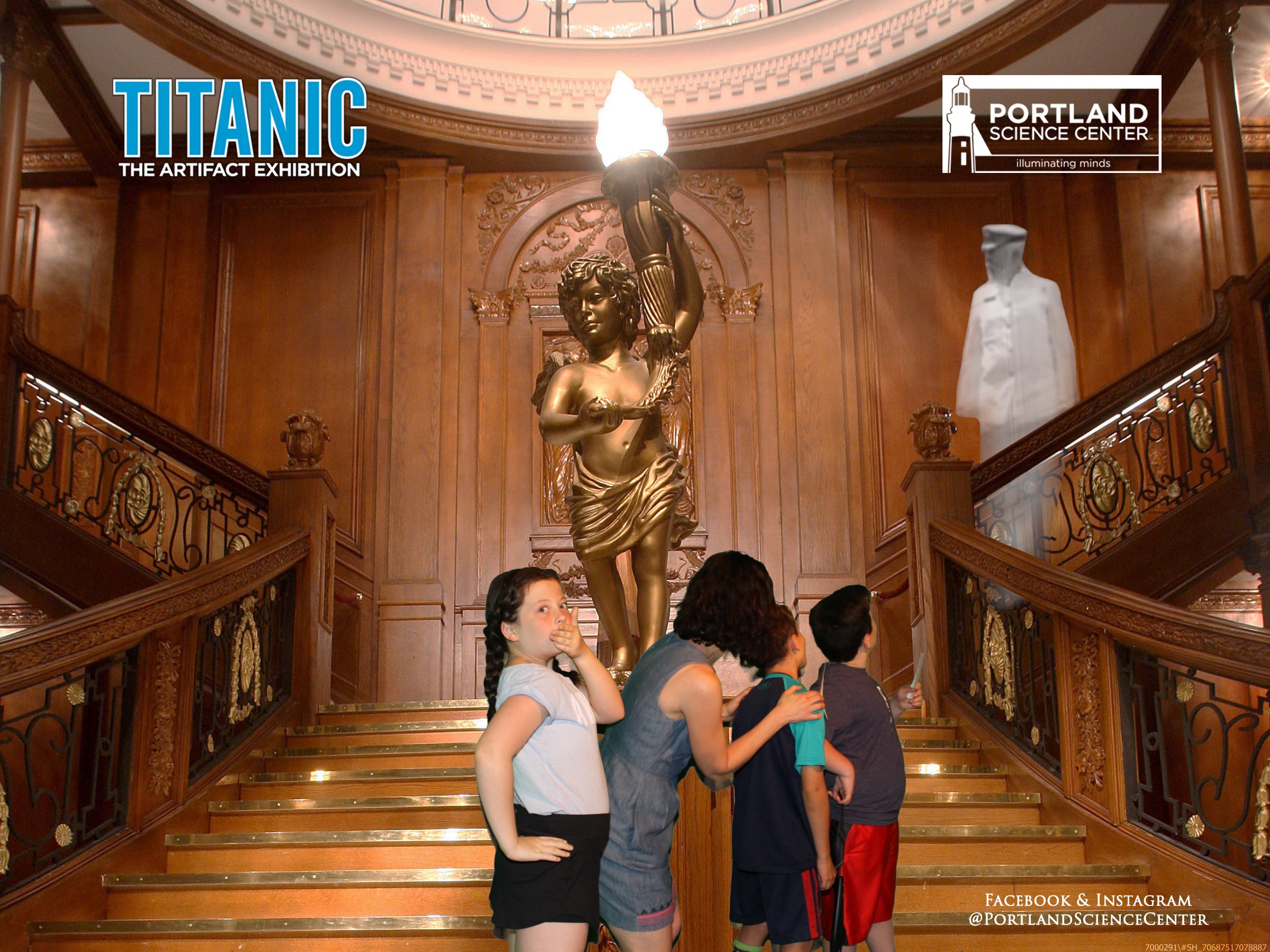 Interested in going to see Titanic: The Artifact Exhibition? The exhibit runs now through October.