Our team recently had the opportunity to check out “Dinosaurs Unearthed” at Portland Science Center. The interactive exhibit is like Jurassic Park come to life. Families will find thirteen fully animatronic dinosaurs that were created by paleontologists and researchers to make the dinosaurs appear as close to the real thing as possible. The exhibit is particularly exciting for Portland, as the show marks its debut in New England. 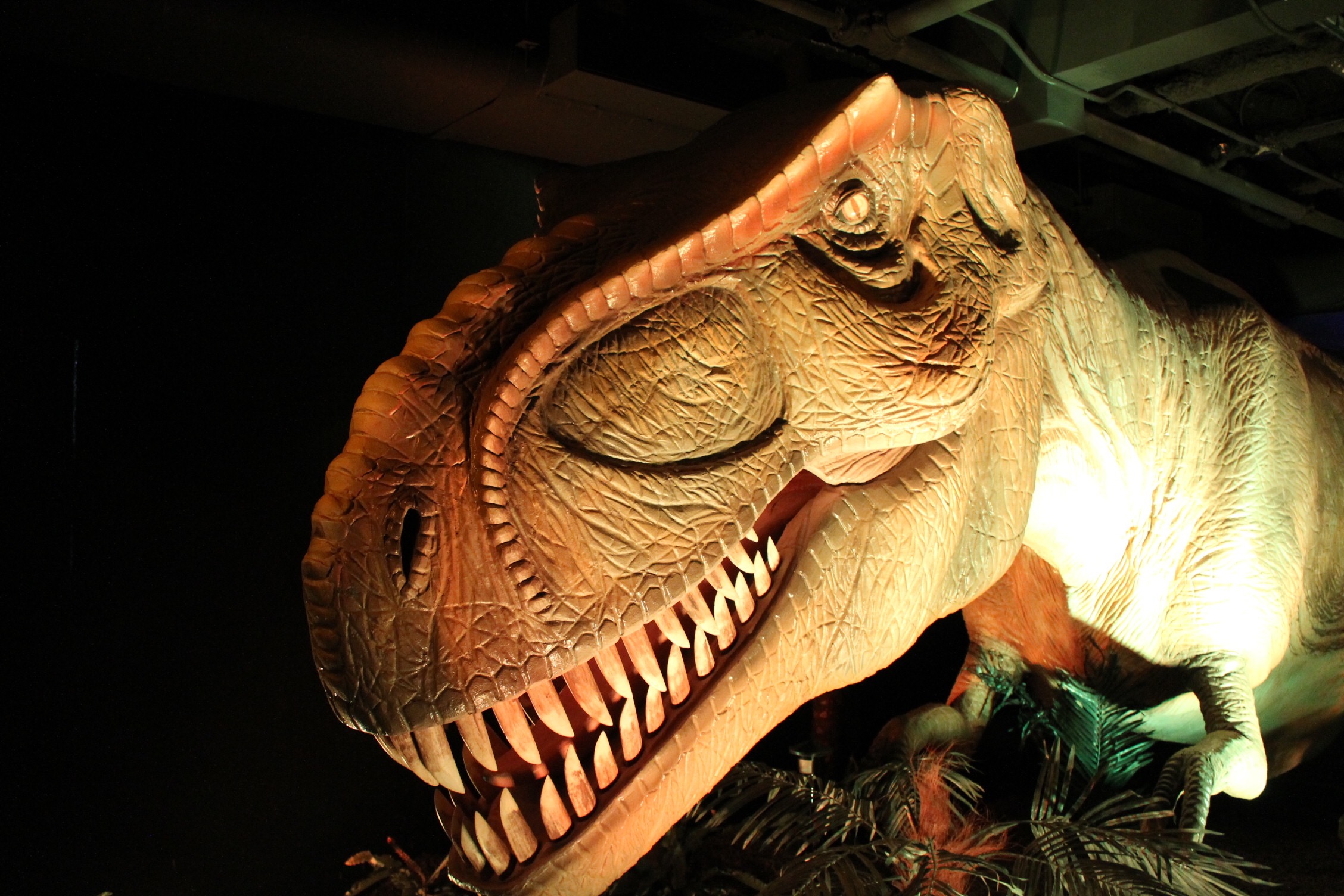 In addition to experiencing the roar and movement of popular dinosaurs like T-Rex and Triceratops, kids will enjoy a dig table where they can search for fossils beneath the sand, much like a real paleontologist. Our family also watched two short films about dinosaurs. We were surprised to learn that T-Rex, who is often characterized as a fearsome beast in films, is born as a fuzzy, feathered baby and these first feathers are shed during its adolescent years. 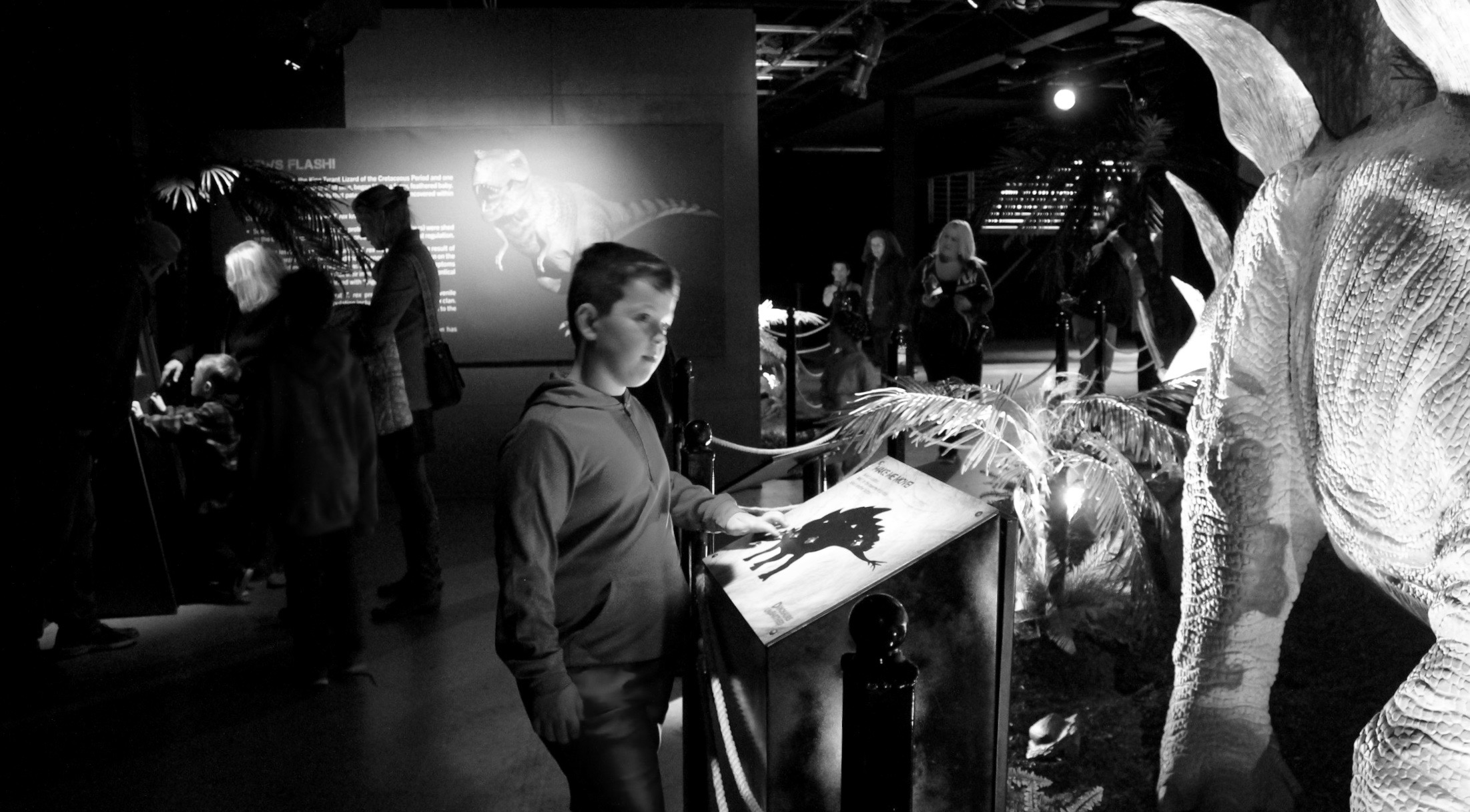 CP#2 pushes a button to make a Stegosaurus move its body.

The exhibit also includes some fascinating fossils, including a Yangchuanosaurus skull, which comes from the first nearly complete dinosaur skeleton found in China. Kids will also get to see an Allosaurus skull from the Late Jurassic period. Matt Stone, who is the Marketing Director at the museum, told us there are more fossils to see at “Dinosaurs Unearthed” than were ever found in Maine (our state was under water during the Jurassic period). 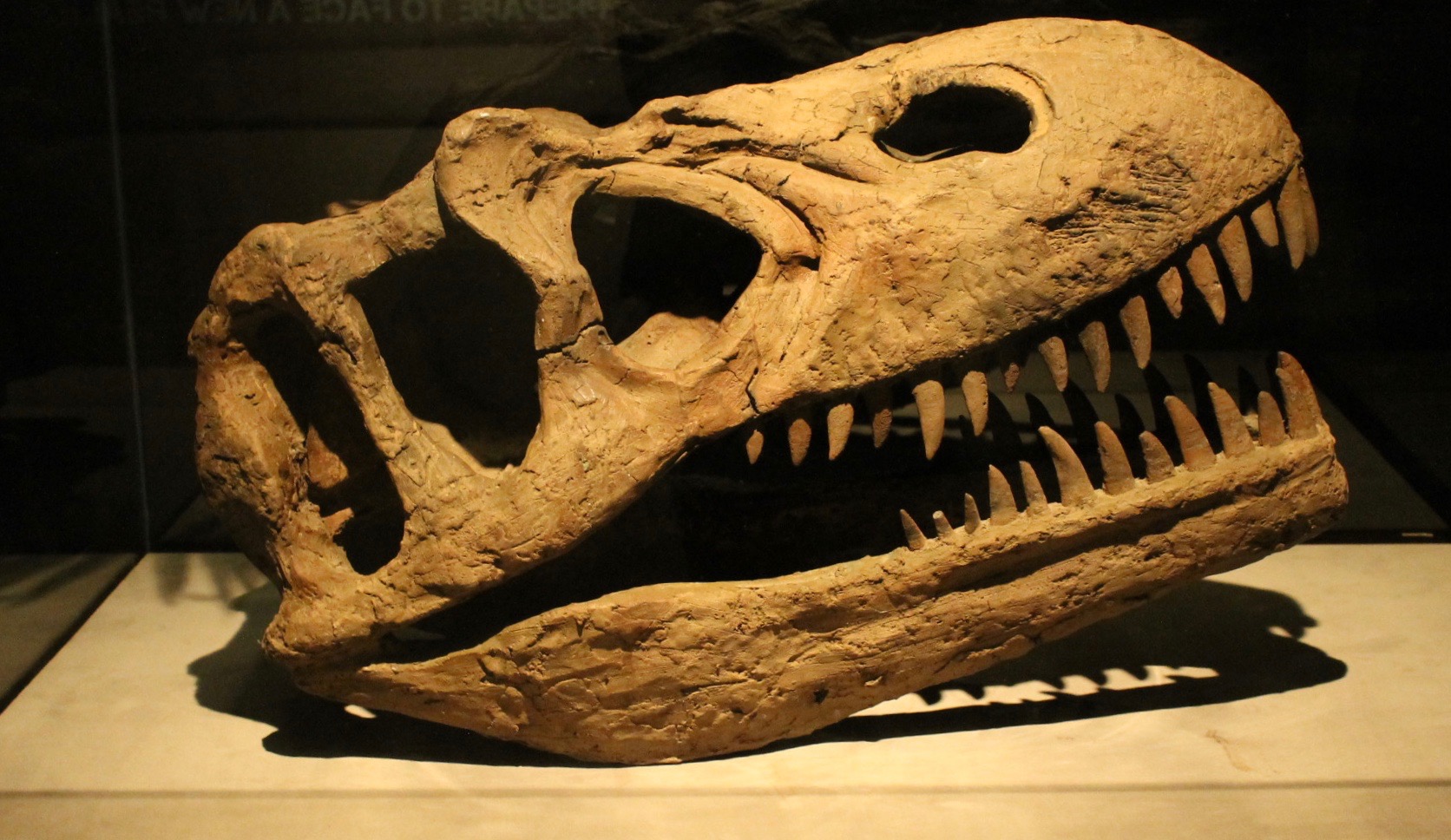 If you’re searching for something to do with kids ages 5-up during Holiday Break, a trip to the Portland Science Center is definitely a treat!

PS: Our first visit to the Portland Science Center.