Over February break, our family spent a few days in Boston. There were many highlights to the trip — a lively Boston College basketball game, a delicious tour of Tazo Chocolate Factory, and a visit to The Institute of Contemporary Art. Still, the favorite for all of us was seeing an incredible, three-story stained glass globe called The Mapparium at the Mary Baker Eddy Library. 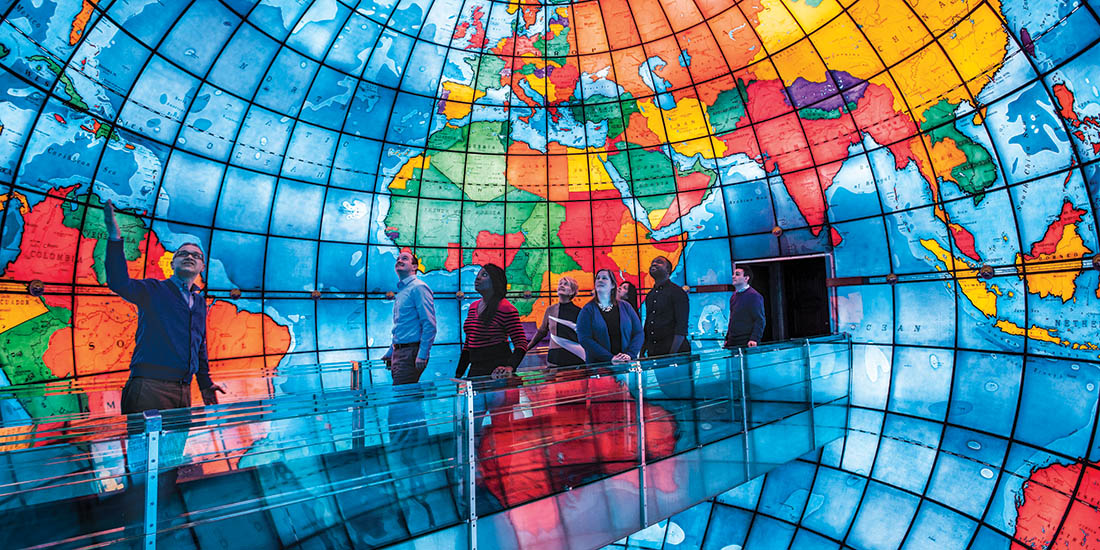 Originally built between 1932-1934 as The Christian Science Publishing Society, the Mary Baker Eddy Library opened to the public in 2002. The library celebrates the life of its namesake, Mary Baker Eddy, a 19th century woman whose interests in health, religion and education led to the publication of The Christian Science Monitor. This is particularly impressive because Eddy lived during a time when women had few career options and no public voice. Despite illness, family tragedy and discrimination, Eddy became a pioneer in business, education and publishing. 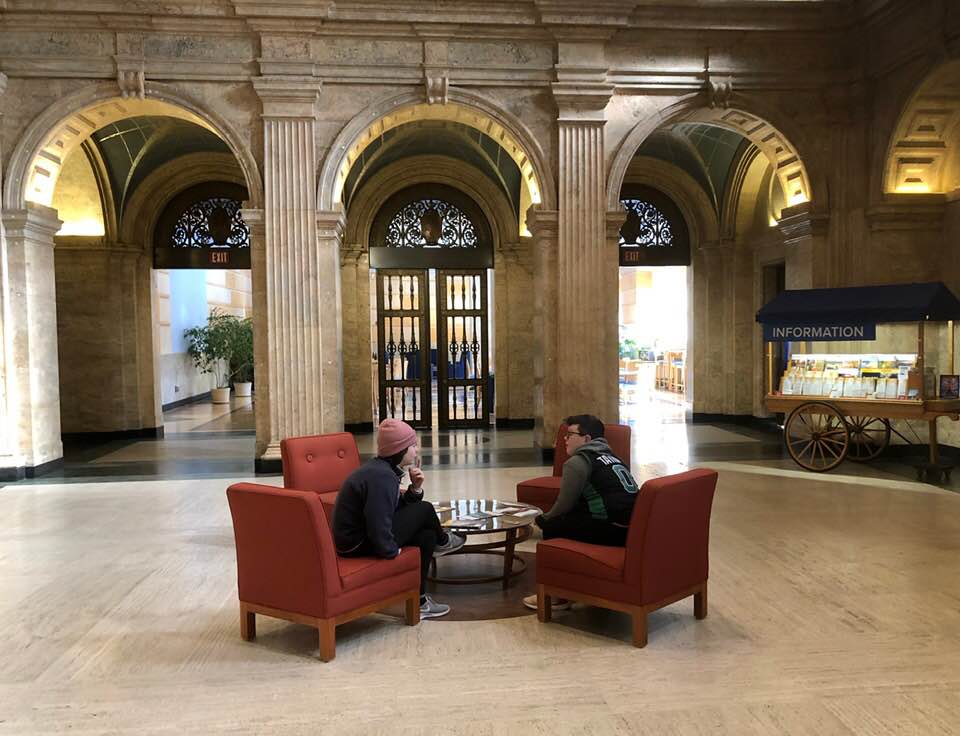 The kids wait in the neoclassical-style foyer before visiting the Mapparium.

We learned that the Mapparium was conceived by architect Chester Lindsay Churchill in 1935 to serve as a symbol of global outreach. Walking the 30-foot bridge inside the globe is breathtaking. The stained glass is backlit with LED lights so everyone can see how much the world map has changed in 82 years. The experience sparked a great conversation among the four of us about geography, which countries no longer existed, and those countries whose names had changed.

Photo courtesy A Map a Day

Unfortunately, the library staff doesn’t currently allow photos inside the globe, but this made us more apt to take in every detail. Also because of its spherical design, even the slightest whisper sounds like its being amplified. There are no secrets in the Mapparium.

If you visit, plan on paying admission for adults and kids (6-17). Little ones (0-5) get in free. Tours run seven days a week and last 20 minutes. For more details on the Mapparium, visit here.